A STRATEGY FOR THE FUTURE

The world is changing profoundly and at great speed. We believe the best preparation for a rewarding and fulfilling life in this exciting future is a first class education for boys and girls learning together as partners and equals – just as they will live together as adults to take on opportunities and tackle challenges.

Co-education at Elizabeth College is not new. Our Junior School pupils have been benefitting from a co-educational environment since 2008 and those at the Upper School have enjoyed the positive impact of our twenty-year partnership at Sixth Form with The Ladies’ College. We are delighted that Elizabeth College will have girls in each year group by 2025 and that girls and boys will be able to enjoy an Elizabeth College education from the age of2 ½ all the way through to 18.

We believe that the quality of a child's education is paramount. It is our commitment to academic and pastoral excellence, independent learning, development of life-long learning skills, academic and extra-curricular challenge and a range of enrichment opportunities that is the blueprint of an Elizabeth College education.

To view our co-education prospectus follow the link here. 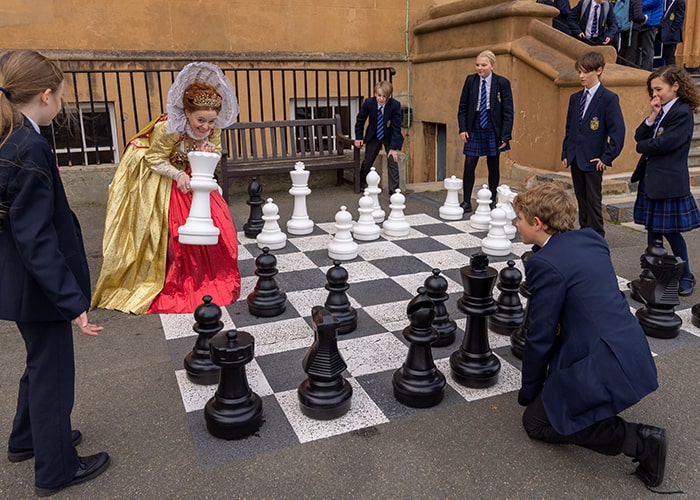 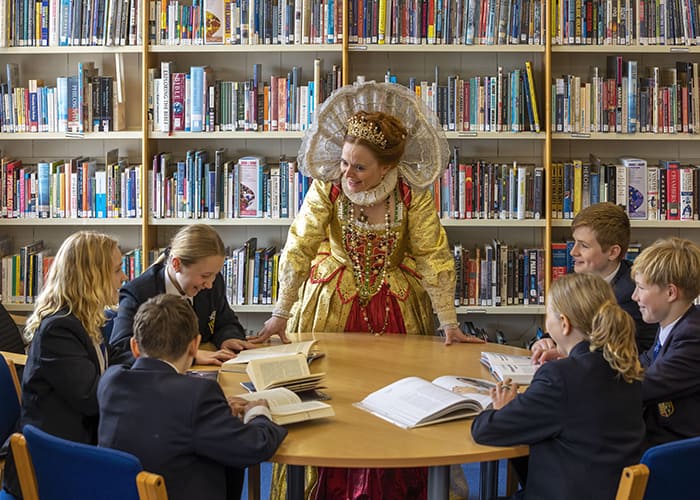 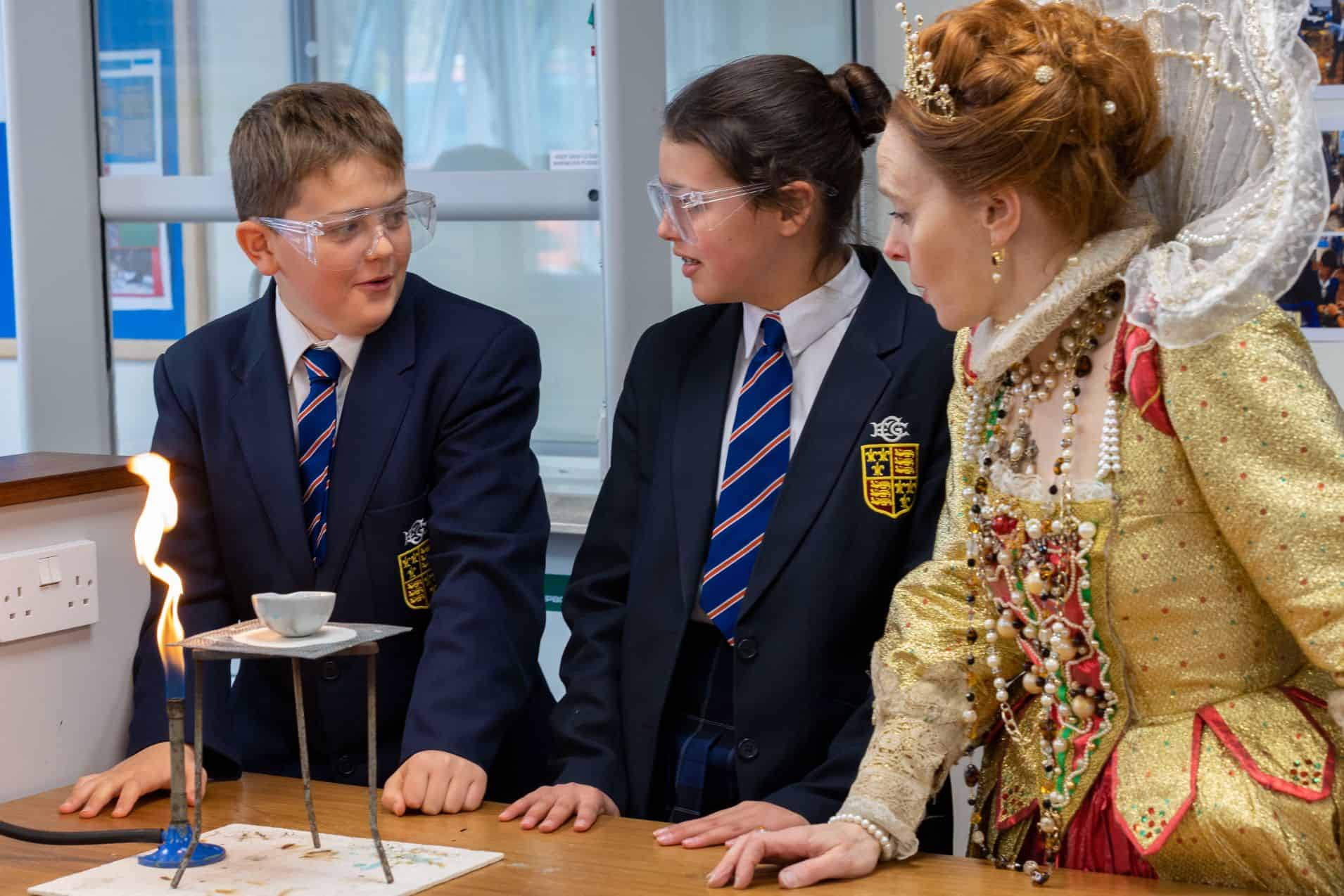 A MILESTONE IN THE HISTORY OF OUR SCHOOL

In September 2021 Elizabeth College was delighted to welcome girls into Year 7 for the first time and, understandably, this was a very proud moment in the school’s history. College chose to celebrate this historic moment for our school in March 2022, to coincide with student-led activities for International Women’s Day.

Thank you to Julia Hirst OE (8991), who has performed at Hatfield House (where Elizabeth I spent most of her childhood), for visiting the College to mark this milestone and bringing to life our iconic foundress Elizabeth I.

Elizabeth College was founded in 1563 during the time seen as a golden age of culture and exploration, when many new universities and schools were established. Elizabeth I is widely credited with improving access to education considerably, through having the foresight to believe that society could be immeasurably improved through education and learning.

A fiercely independent, educated, determined and shrewd monarch Elizabeth I would have been in awe of the opportunities available to students, irrespective of gender, at College today. Education is something we often take for granted here in Guernsey, but it is important for our students to understand that education is still not available to everyone – and in many parts of the world girls are the first to be excluded from it.

For International Women’s Day 2022 Elizabeth College was delighted to support Campaign for Female Education (CAMFED), a charity who assist vulnerable girls and young women in Africa to create the future they imagine for themselves and their communities.

Throughout the week our students have explored the 2022 International Women's Day theme 'Break the Bias' through a variety of activities. 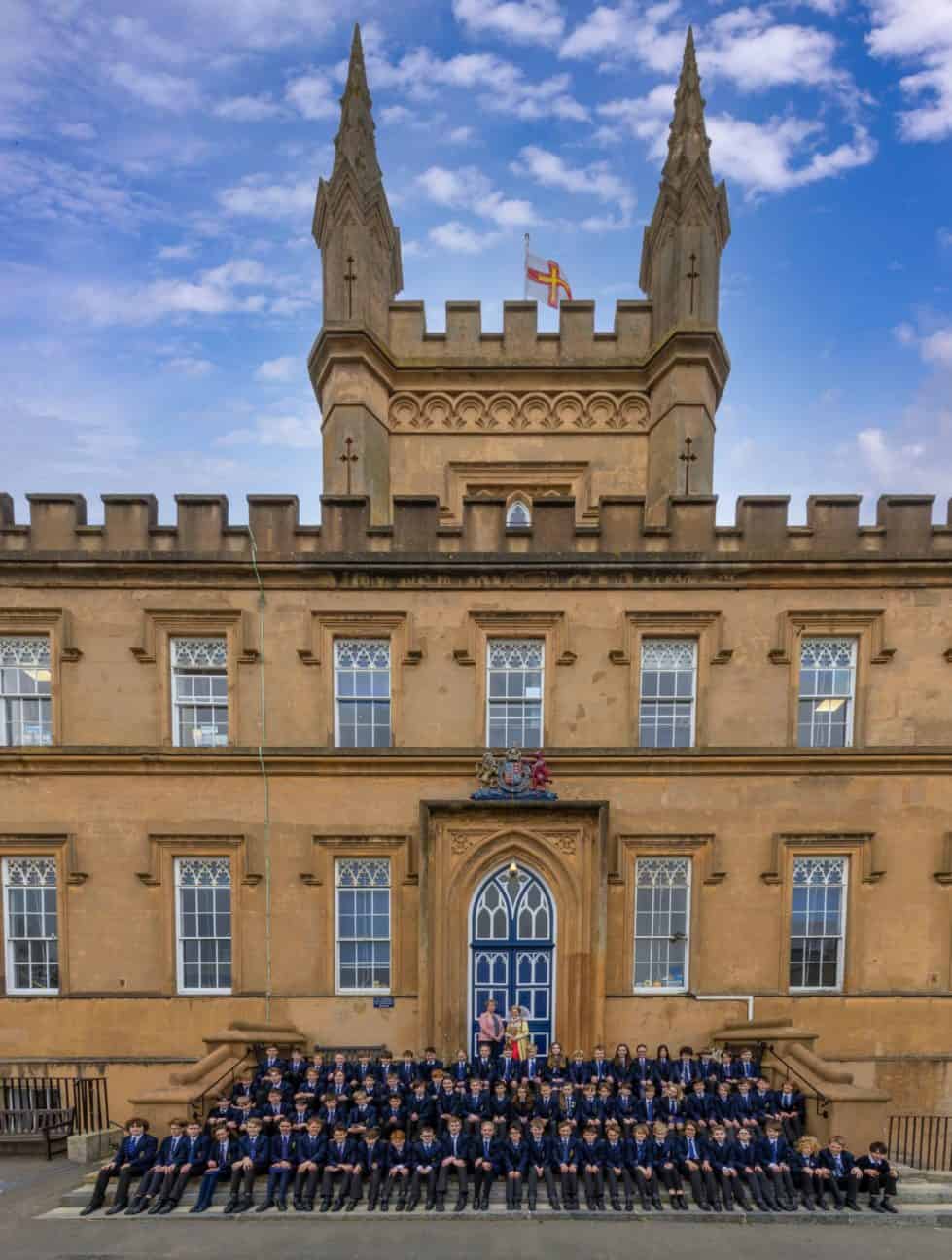 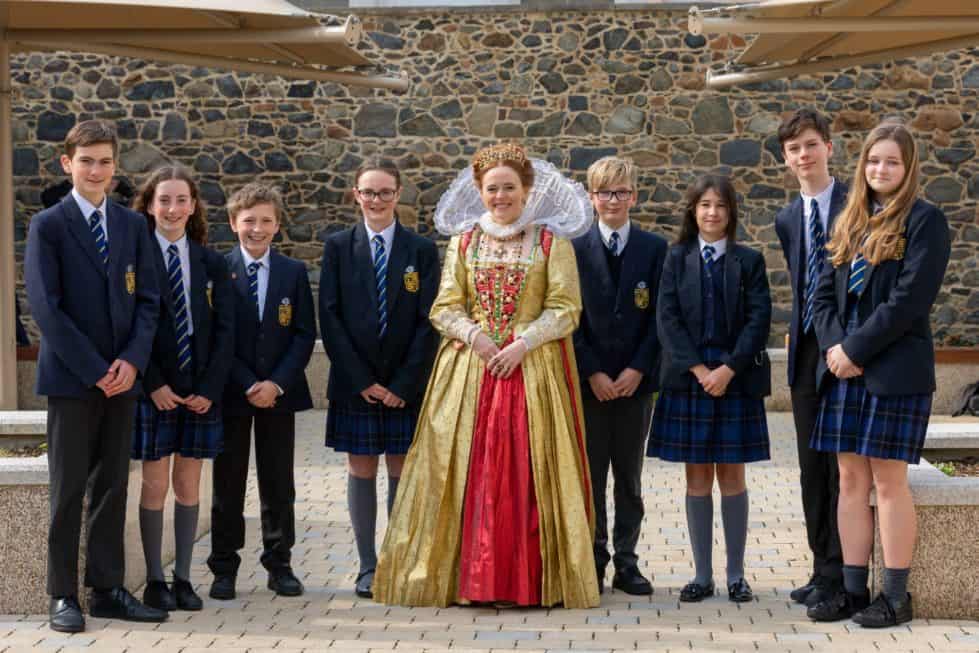 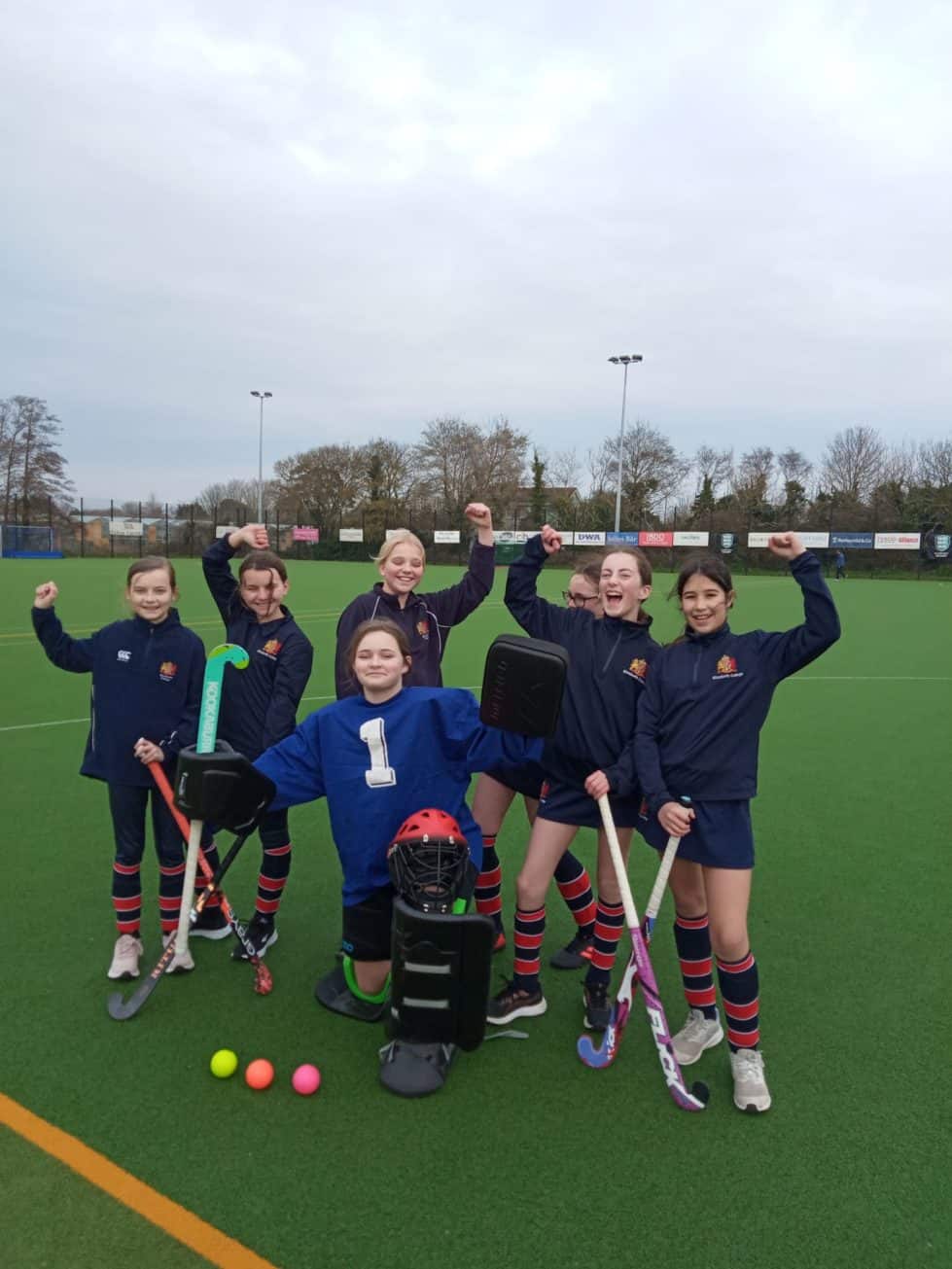 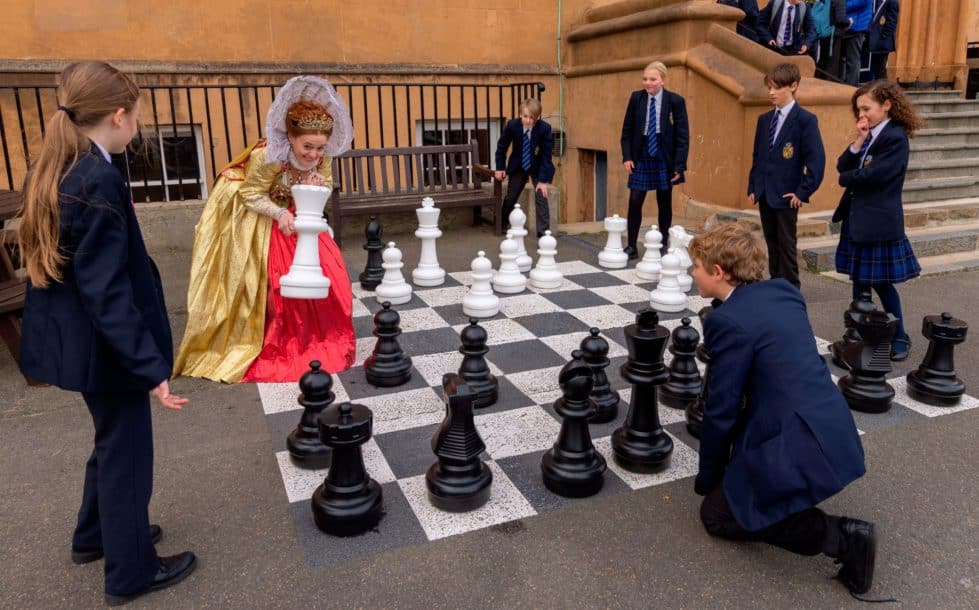 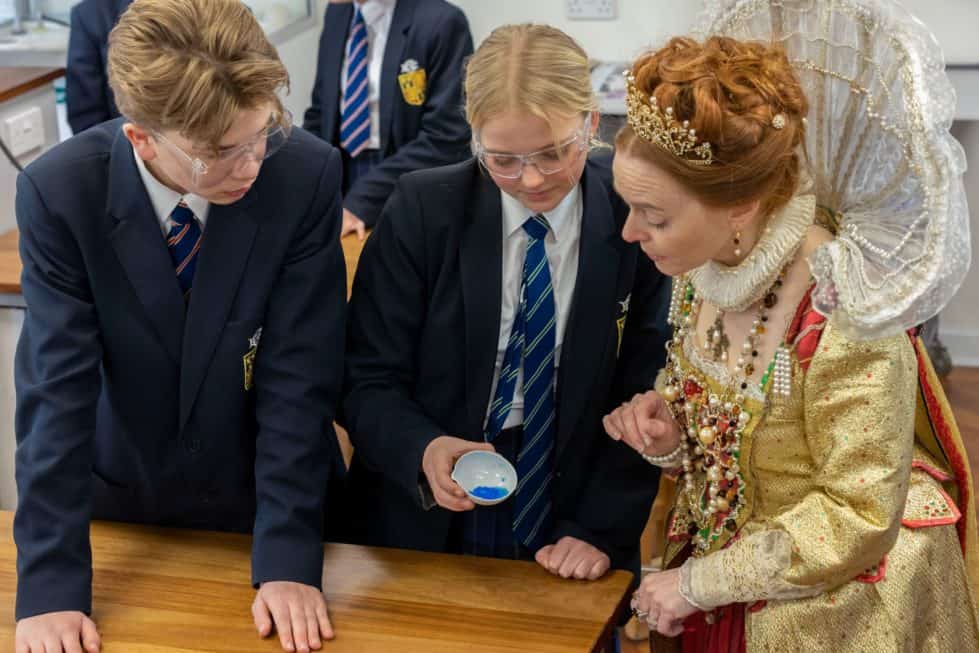 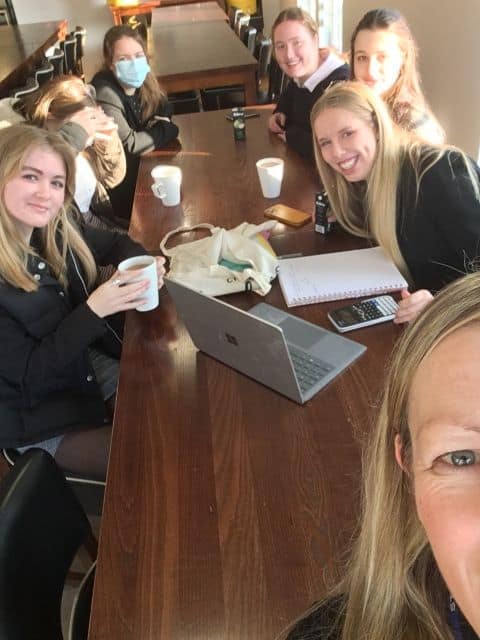 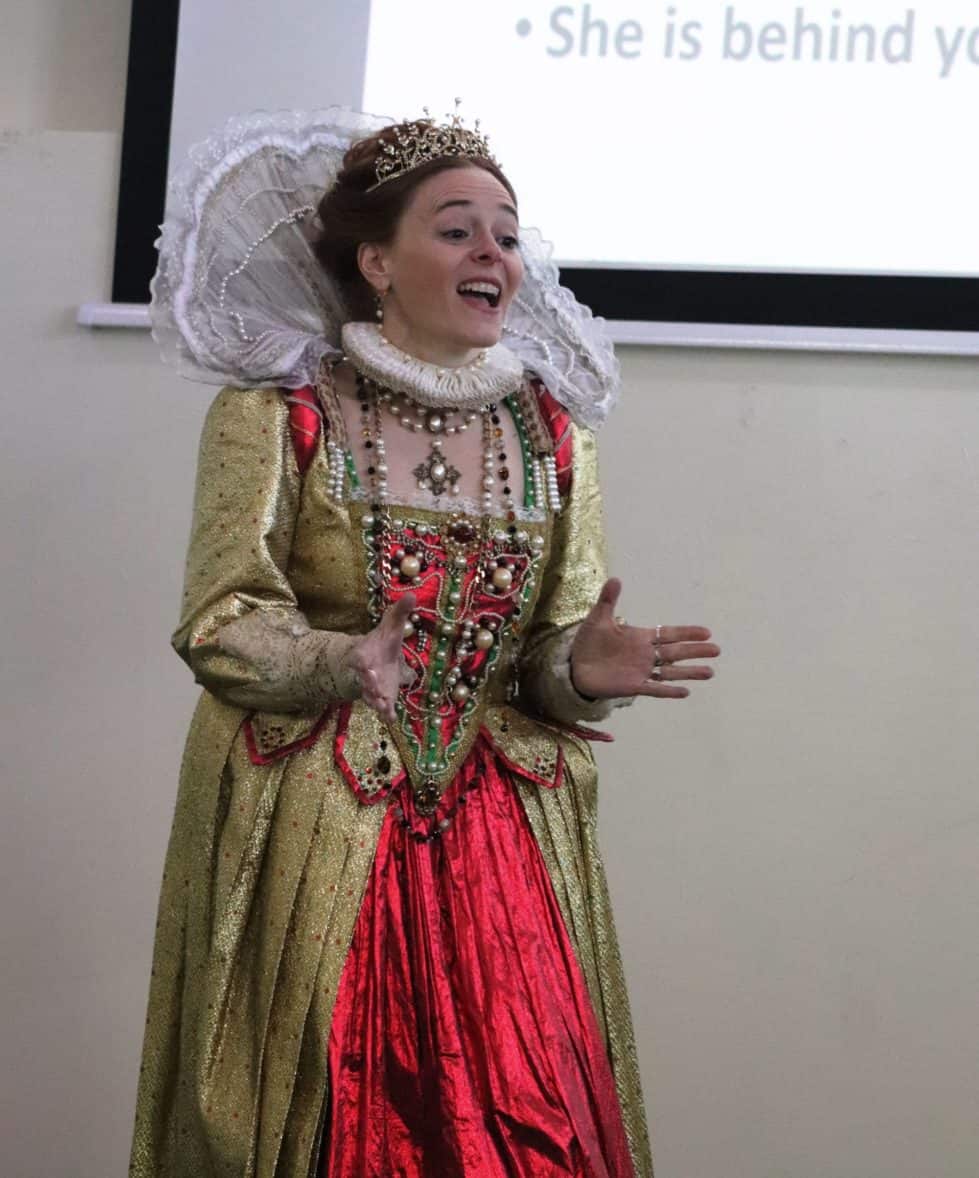 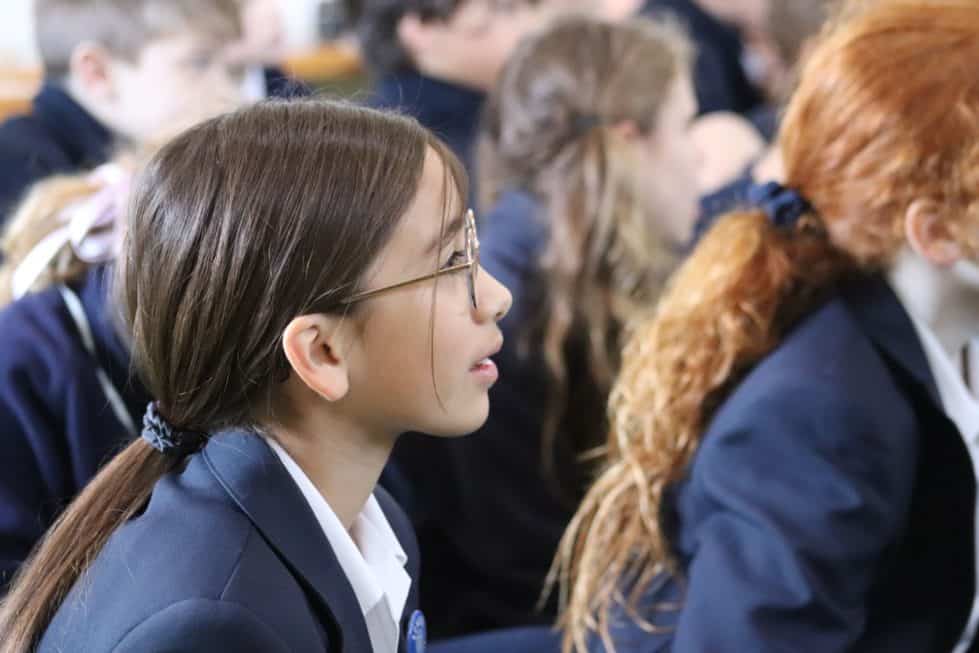 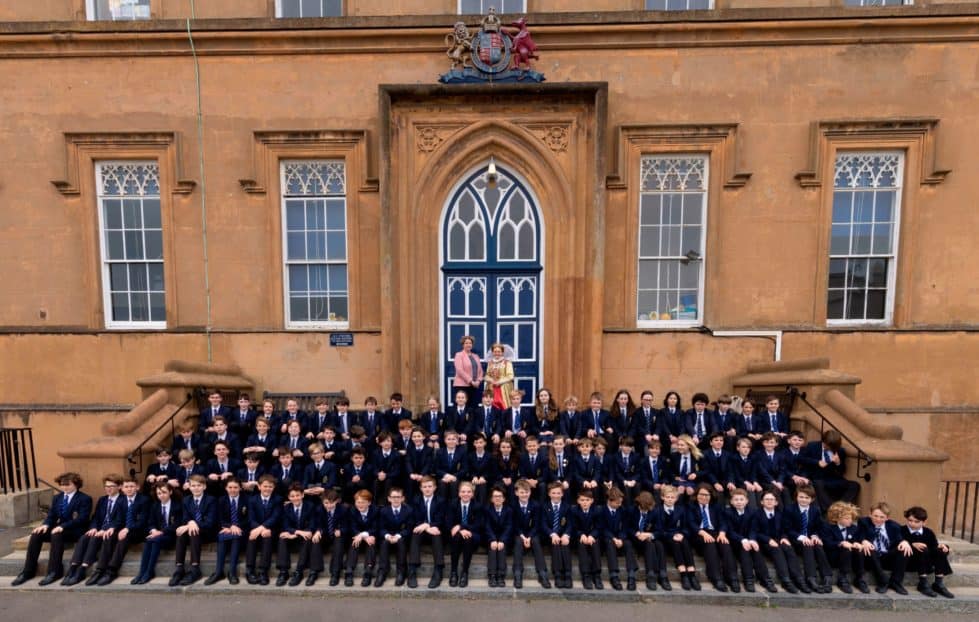 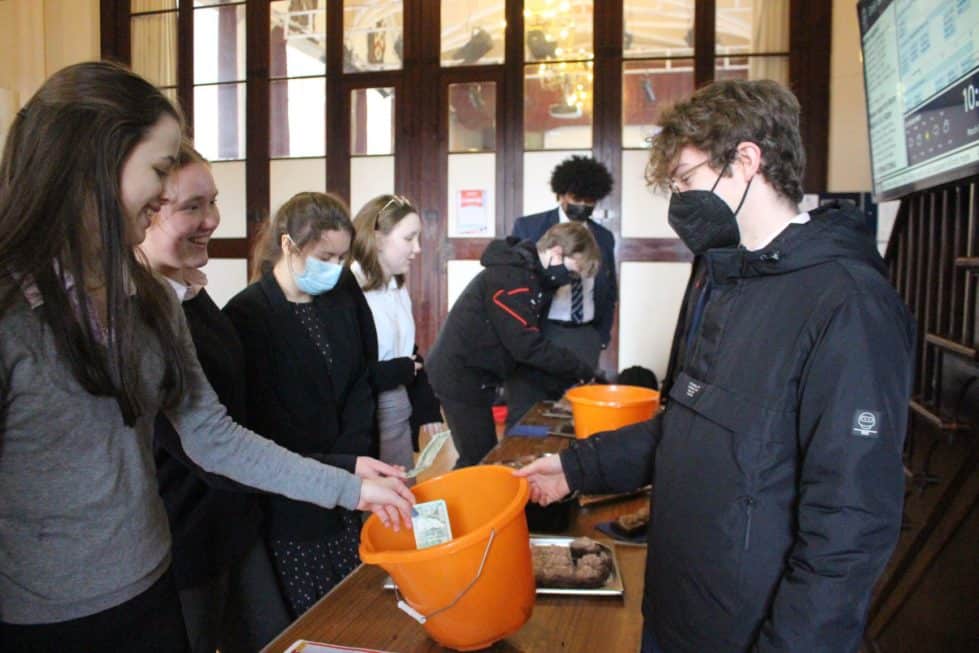 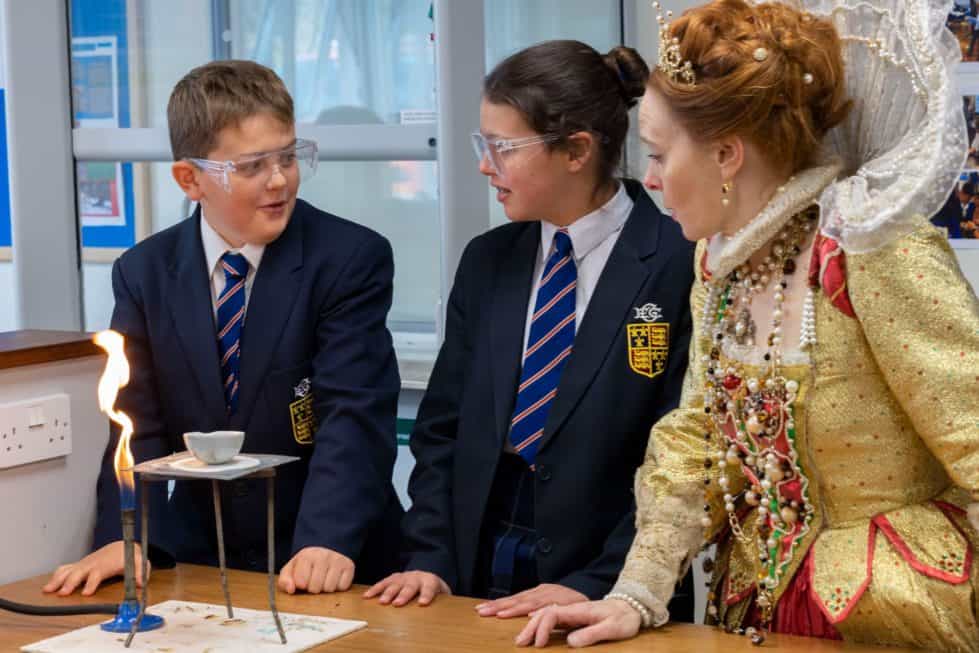 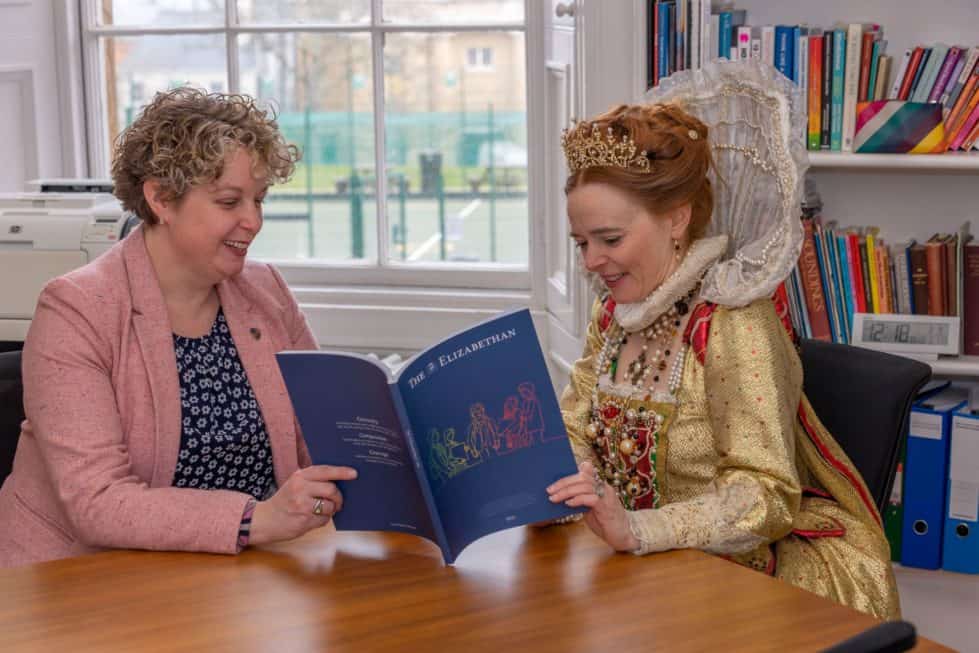 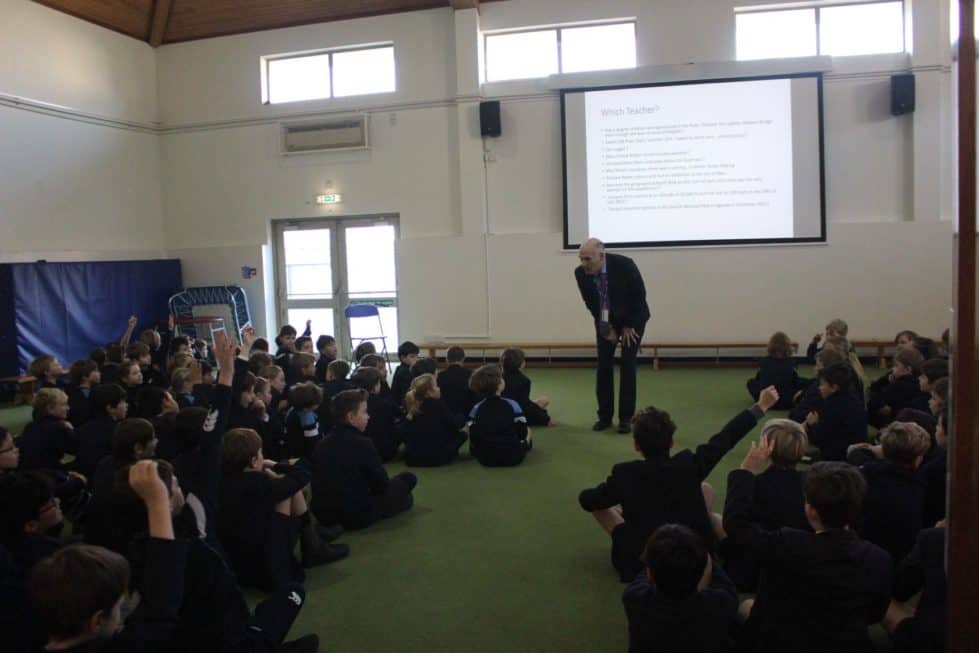 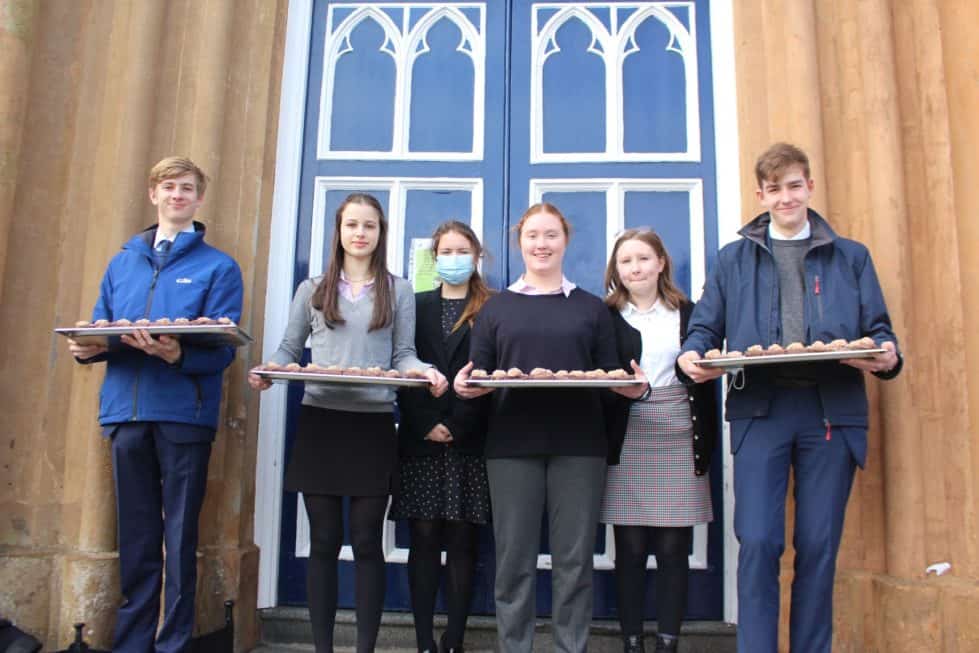 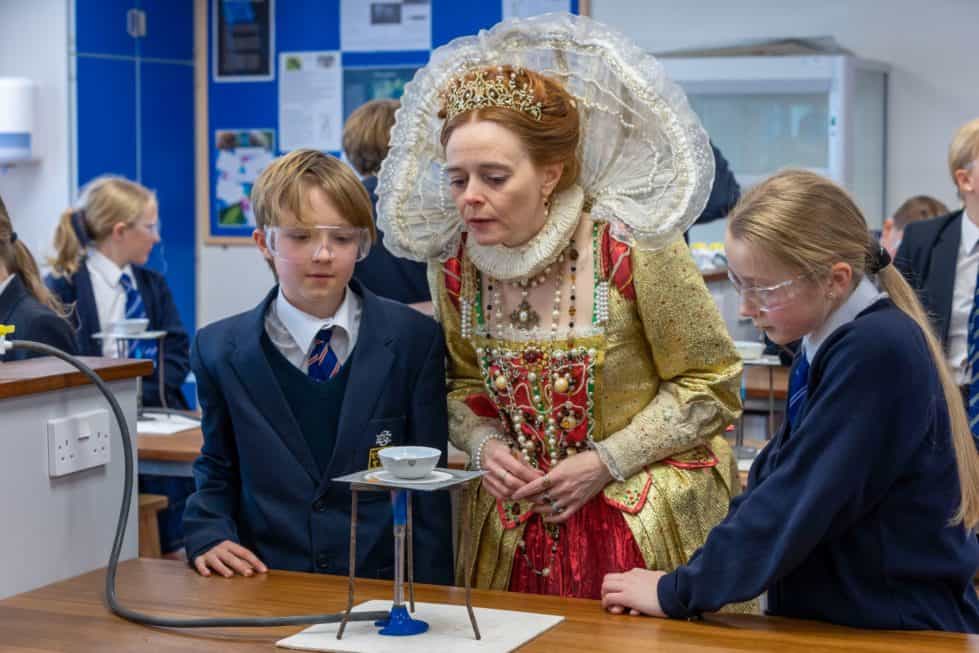 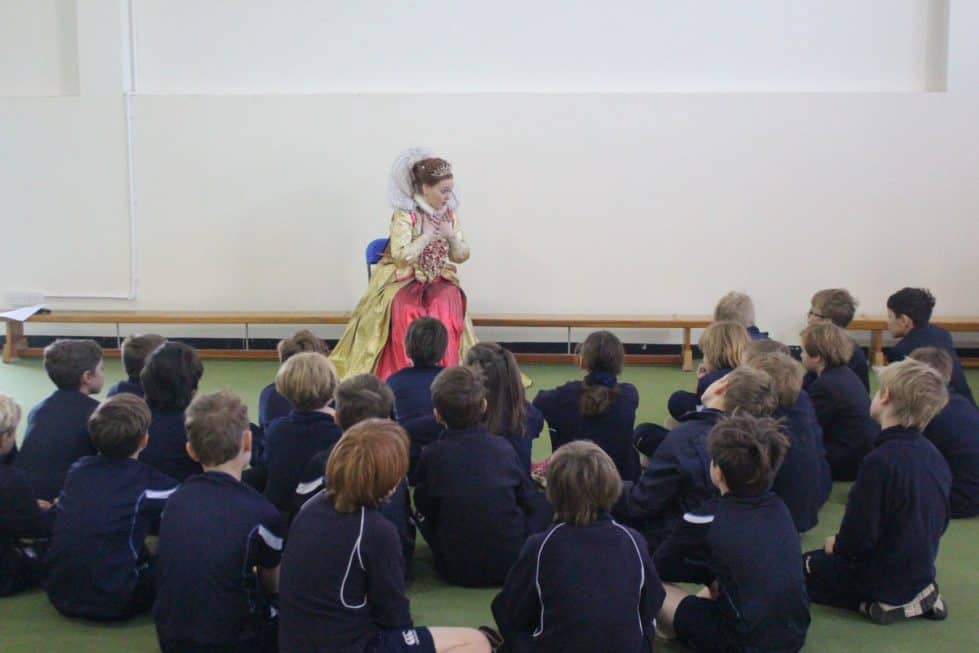 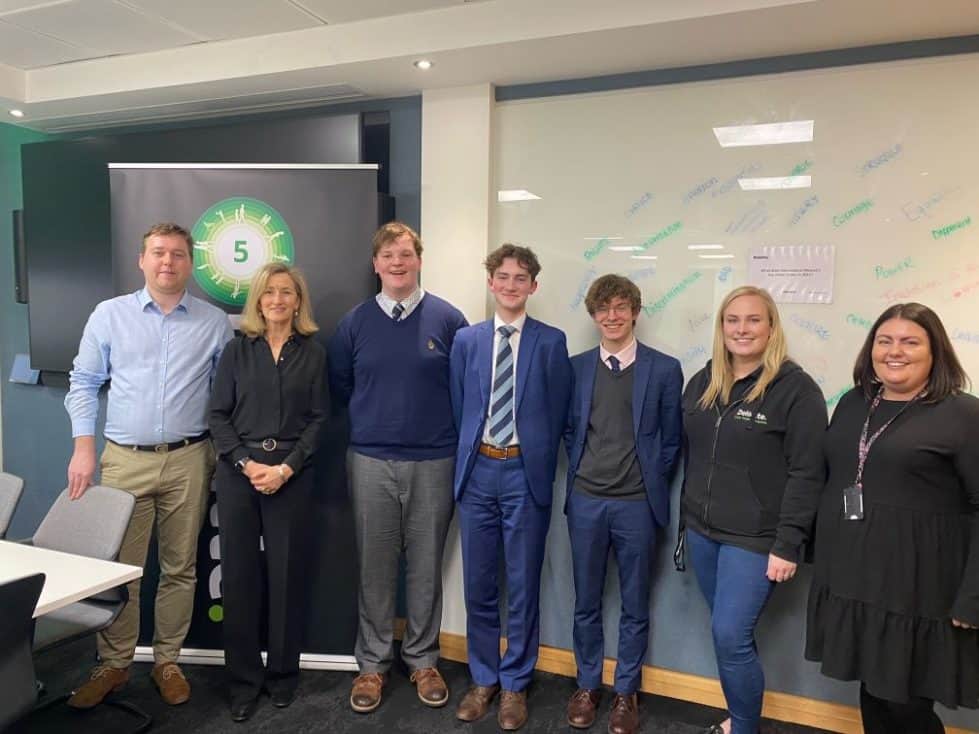 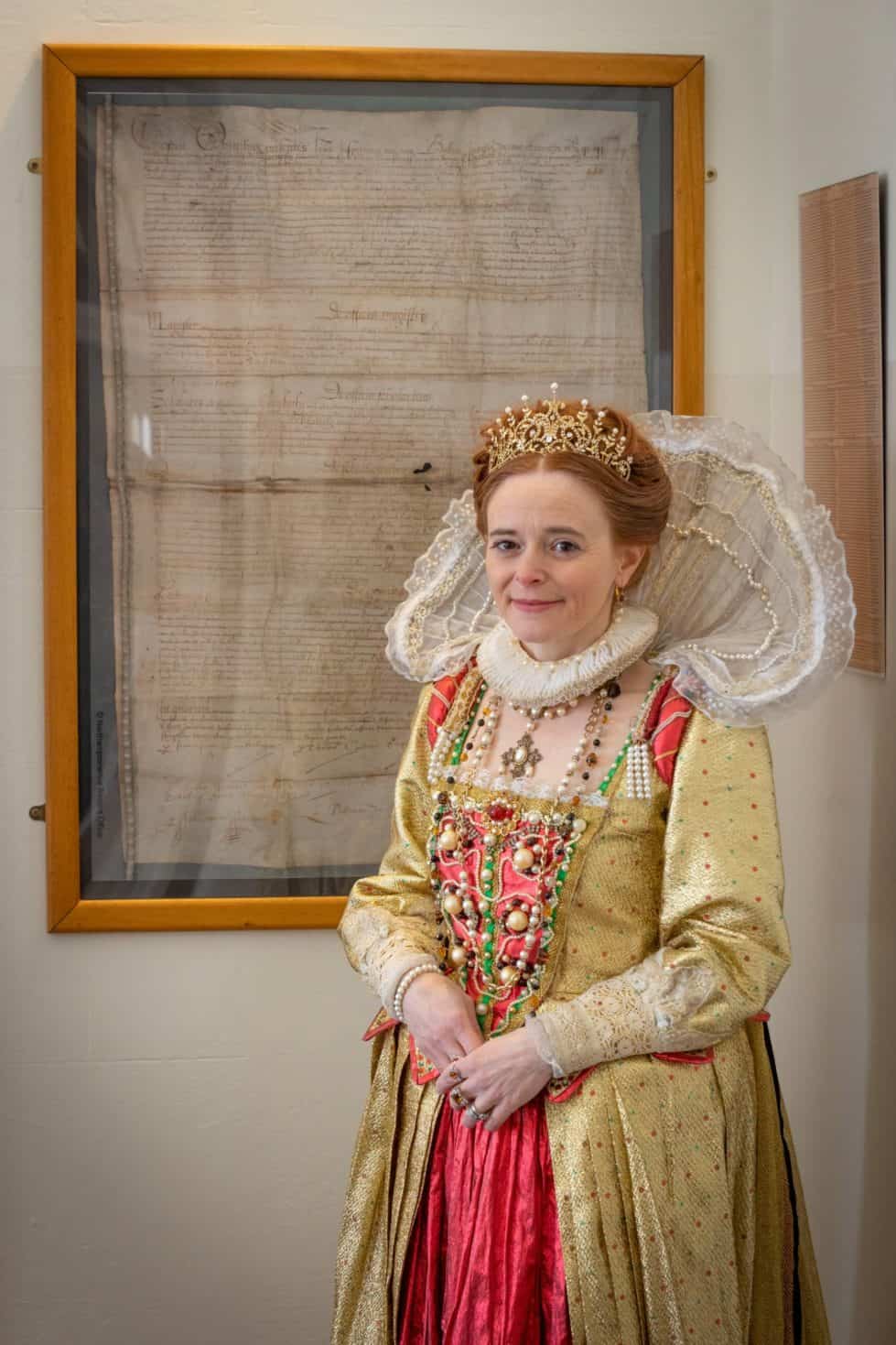 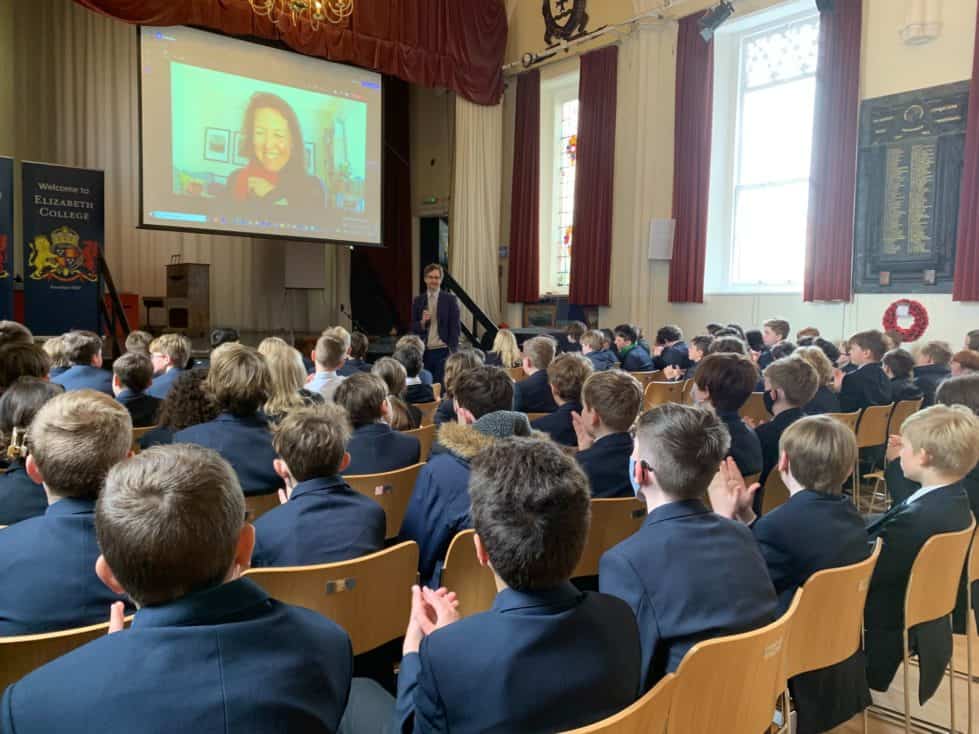 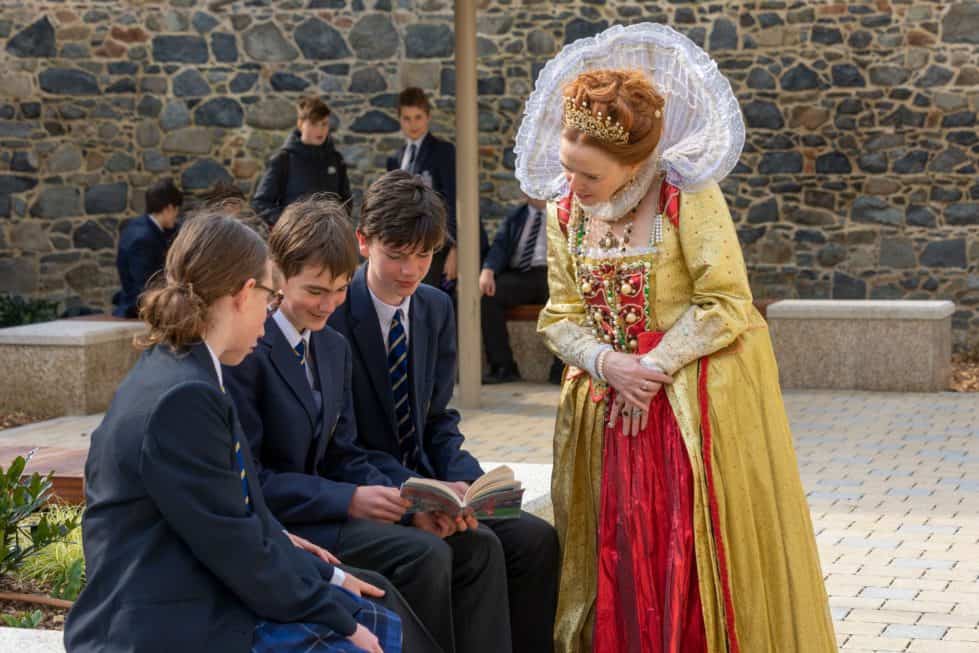 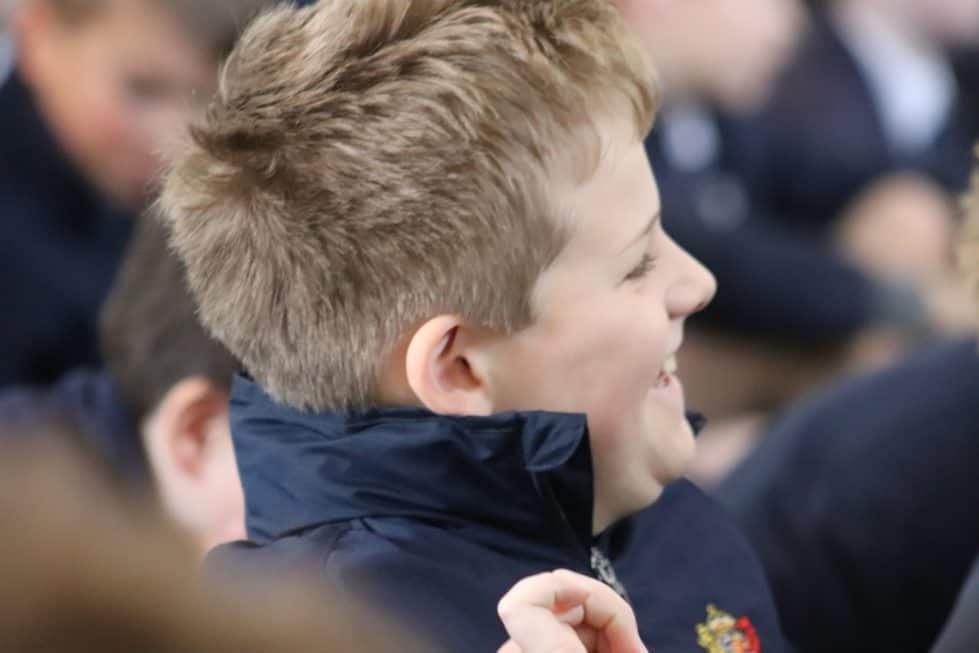 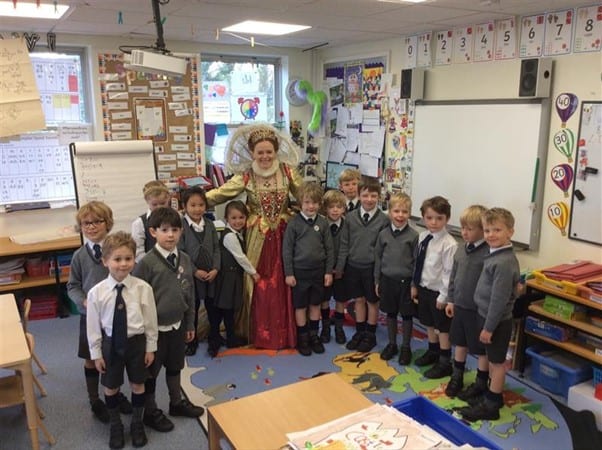 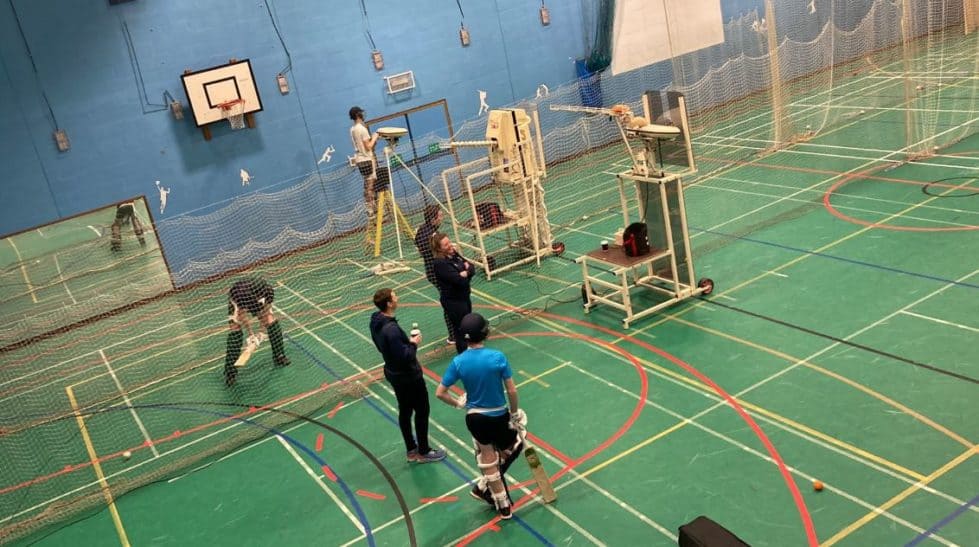 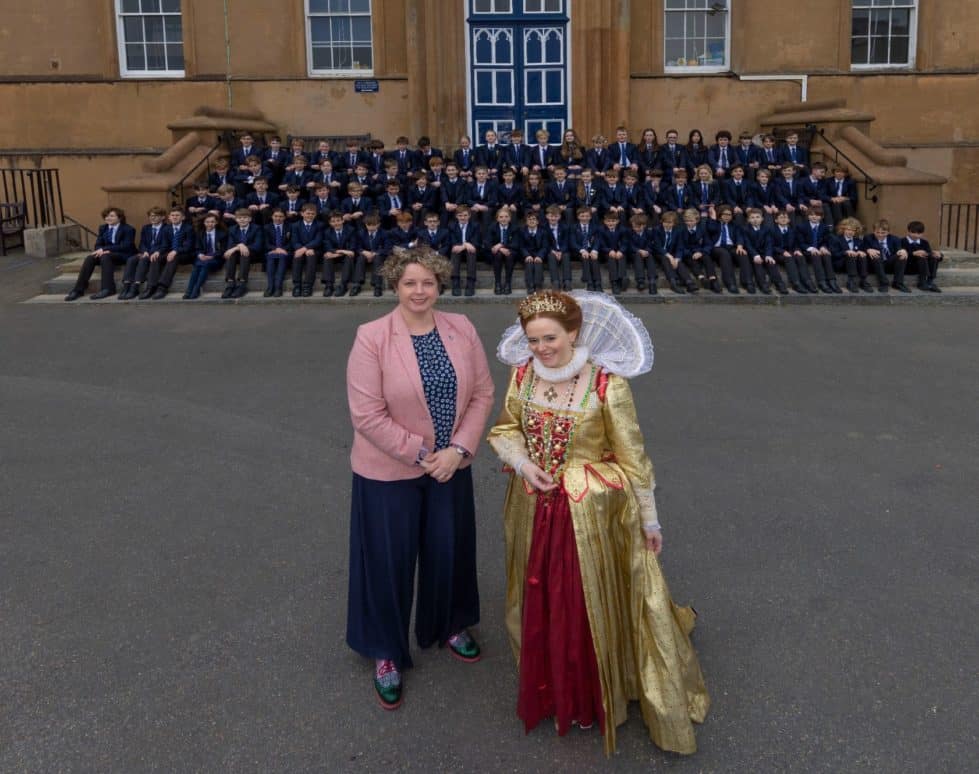 WHICH YEAR GROUPS ARE ACCEPTING GIRLS?

Girls are welcome to apply for places into our normal entry points of Year 7 and Year 12. Please see the admissions section for details of entry requirements.

Girls are also welcome to join any year group which is already co-educational, subject to places being available. From September 2025 we anticipate that there will be girls in every year group at Elizabeth College.

WHAT WILL SET YOUR CO-EDUCATIONAL OFFER APART?

The same thing that sets an Elizabeth College education apart – a focus on equipping all our students to make a positive and purposeful contribution to society with the creativity and independence to forge their own paths and pursue their goals and dreams.

We have seen first-hand the benefits of co-education and want to extend those social, cultural and academic advantages to the whole community of the College.  The educational approach of Elizabeth College has stood the test of time; our students thrive through our commitment to care, independent learning, student leadership, and both academic and extra-curricular challenge and breadth.

We will be able to offer the same excellent opportunities to boys and girls as they progress through their education further enhancing the vibrant community that is Elizabeth College.  Brothers and sisters will be able to enjoy the values and ethos of the same school.

WHAT WILL GOING FULLY CO-EDUCATIONAL MEAN FOR ACADEMIC LEARNING?

We are proud of the consistently high standards of academic achievement that boys and girls demonstrate across the College and particularly at GCSE and A Level.

Healthy competition across a wide range of subjects in the Upper School will add to the academic environment and encourage greater achievement.  The inclusion of girls in all year groups will enable an even better balance of discussion in lessons and help to break down barriers of gender stereotypes. The aim has always been, and will continue to be, to enable students to achieve their academic potential and to develop a life-long love of learning, to encourage them to be curious, compassionate and courageous individuals and to support them as they explore their options for the future.

We shall continue to monitor and control the size of classes, which varies by subject and year group but never exceeds 23.

WHAT DOES GOING CO-EDUCATIONAL MEAN FOR EXTRA-CURRICULAR ACTIVITIES?

We are proud of the breadth of our extra-curricular offer and aim to provide an equality of experience for the girls joining the College.

All extra-curricular activities will be open to all students and the offer is expected to broaden further with the arrival of girls at Elizabeth College. We currently offer over 90 activities and sports, 20 of which have been introduced this year as part of our Year 7 & 8 Friday afternoon activities.

In a usual year we run over 60 off-island trips per year which encompass sports tours, cultural visits, CCF annual camps, Duke of Edinburgh expeditions, choral trip to St Malo and many others.

WHAT DOES GOING CO-EDUCATIONAL MEAN FOR PASTORAL CARE?

The recent ISI inspection recognised pastoral care as a strength of the College, with an 'Excellent' rating.  Every individual student is valued and supported as a member of the Elizabeth College community.  When they join the Upper School, younger girls will benefit from male and female role models to look up to, and dedicated pastoral staff to talk with – just as the boys in Elizabeth College and the boys and girls at ECJS have currently.  We have many members of staff who are experienced in working within the co-ed environment across the age-range and all staff are passionate about providing the necessary levels of support and care to ensure that boys and girls flourish.

Our staff have the expertise to support the mental health and wellbeing of all pupils including an experienced Head of Pastoral Care and Wellbeing, a School Listener, School Chaplain, Heads of Year and Tutor teams and an experienced Head of Learning Support.  We have also developed strong links with outside agencies which offer advice to parents and teachers whilst supporting students, should the necessity arise.  We take great care over our pupils as they transition from primary into secondary education and this will continue and be further enhanced to support to girls joining us in Years 7 & 12.

We devote curriculum time in every year group throughout the Upper School to PSHE & Wellbeing lessons which prepare all students to meet the demands of 21st Century life and we are fortunate that the delivery of this course is supported by many outside agencies as well as the expertise of our own staff.

WHERE IS THE RESEARCH THAT SUGGESTS CO-EDUCATION IS BETTER?

The world is not single-sex and mixing boys and girls together at school allows them to develop an understanding of different perspectives and breaks down stereotypes. There are also multiple academic benefits to be had for both sexes in working together in a unified environment. National and international trends favour co-education. Since 1990, the number of UK single sex Independent Schools has roughly halved with boys’ schools now making up only 8%.

The meta-analysis undertaken for HMC by Smithers and Robinson (Carmichael Press, 2006) on the ‘Academic Impact of Co-educational and Single Sex Schools’ notes that ‘separating the sexes is not a recipe for raising educational performance’. This report is not alone, with many educational thinkers recognising the benefits of the co-educational classroom: the opportunities for collaboration, the confidence and empathy students develop through more diverse interactions, the broad range of debate and dialogue facilitated in the classroom and the rich atmosphere of supportive challenge which enables all learners to achieve greater success. The Smithers and Robinson report also recognises that the most important ingredients for academic success in any school are the School’s ‘ethos, leadership, teacher quality, spend per student, class size and the curriculum’.

DOES CO-ED MEAN THERE WILL BE FEWER PLACES FOR BOYS

Our student numbers are healthy and demand is strong, but we were are currently able to offer places to all registered students who met the requirements of the entrance assessment in October.

There is no immediate plan to increase the capacity of the school.  Over time we expect that the proportion of girls within each year will increase. If this leads to a consistent and measurable increase in demand for places, likely to continue over time, then College will consider increasing capacity to keep pace with that demand.

GIRLS ON BOARD SCHOOL

Elizabeth College is now officially a Girls on Board School. We place a real priority on the happiness and wellbeing of our students and Girls on Board is a key part of our approach to pastoral care.

The Girls on Board programme is a pro-active approach, which delivers sessions that bring girls together to explore key principles around friendship dynamics and challenges. It helps girls, their parents and teachers to understand the dynamics of girl friendships and it uses language, methods and ideas which enable girls to understand and address friendship issues.

Through dedicated sessions, girls work together to explore group dynamics, different personality types and behaviours and how to manage parent reactions. Girls on Board enables girls to resolve issues more effectively and aims to minimise the impact of conflict when it does arise, by encouraging open, honest and effective communication.

Over 300 schools have adopted this award-winning approach and are now supporting thousands of girls in their friendships.

Girls on Board Parent Booklet 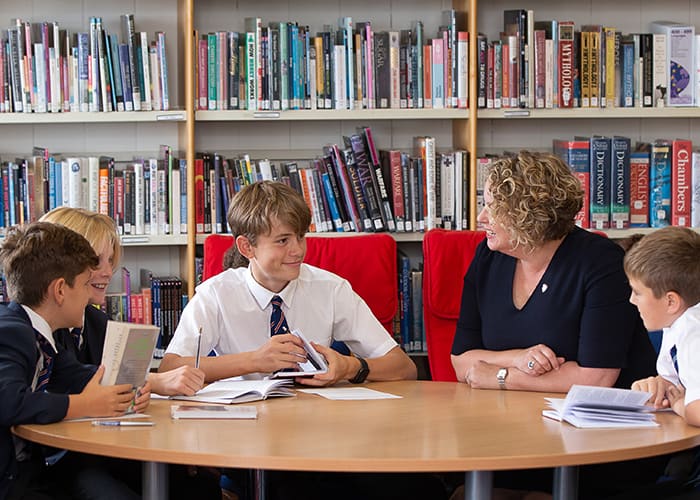 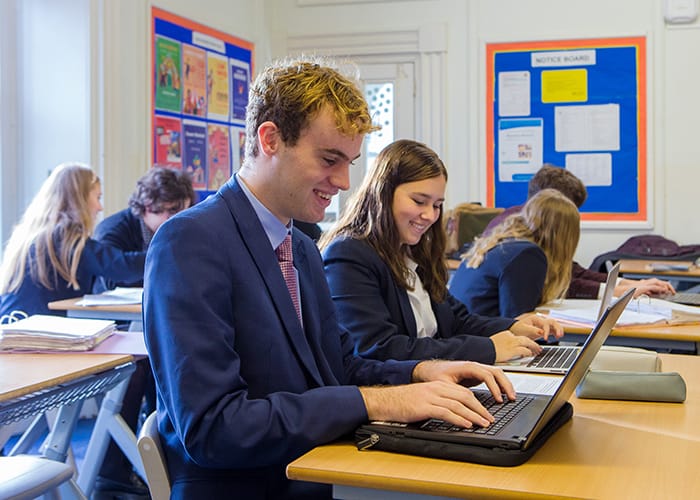