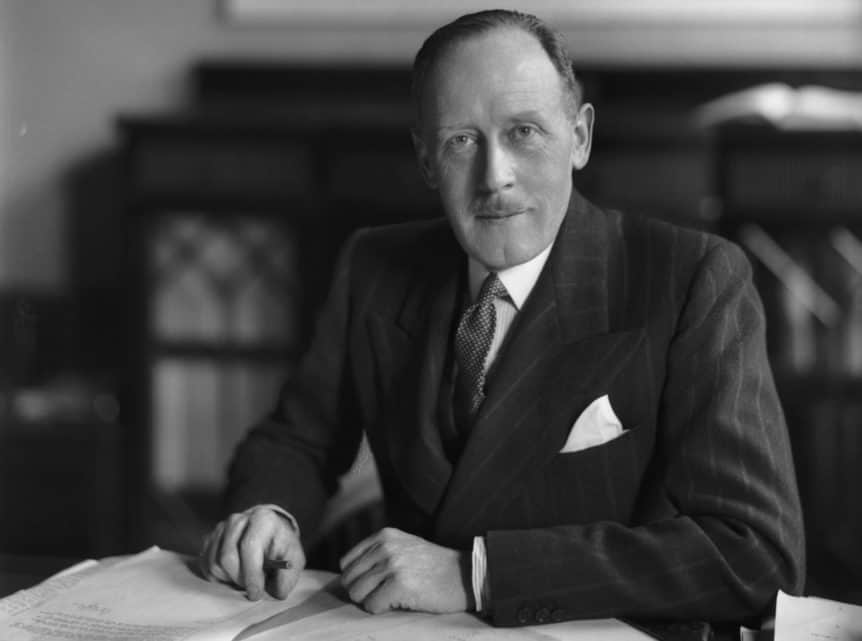 Old Elizabethan Sir Donald Banks was a distinguished soldier, civil servant and devoted Guernseyman, and on 8 May 2020 will be the latest islander to be honoured with a blue plaque on his childhood home at 43 High Street.

Major-General Sir Donald Banks served with distinction in both World Wars, and between them he held several senior positions in the British Civil Service, where he began to really make his mark. In 1934, he was appointed first Director-General of the Post Office, and was responsible for the introduction of services including the 999-emergency line, the speaking clock and the iconic red telephone kiosks.

He wrote memoirs of his remarkable career during the 1960s, and they are being published for the first time this year to coincide with the unveiling of the blue plaque, in conjunction with the Guernsey Literary Festival.

The plaque will be unveiled by the Bailiff, Sir Richard Collas, with a Guard of Honour including the 10th Essex Living History Group, which model themselves on Banks’ WW1 Battalion, outside 43 High Street, St. Peter Port (Schuh store) at 10am on Friday 8 May 2020.

The book launch of Sir Donald Banks’ memoirs, ‘Across the Channel’, will take place the evening before on Thursday 7 May 2020 at the Guille-Alles Library at 6pm.

Tickets for this event can be booked through the Guernsey Literary Festival website: https://guernseyliteraryfestival.com/book-events.