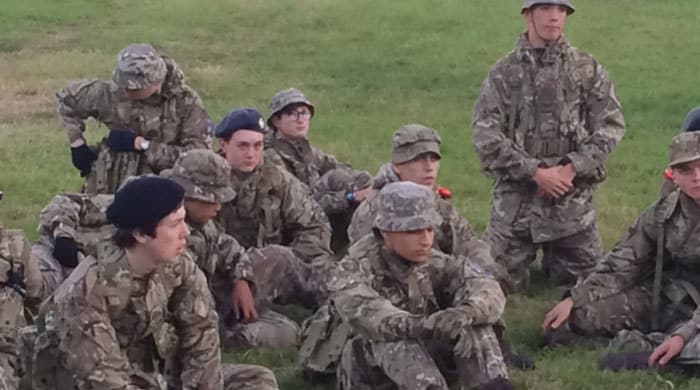 The CCF army and RAF recruits took Year 10 focus day literally again this year and undertook 24 hours of training from 4pm, Thursday 21st June. They began at Les Maingys scout site where they all passed their weapon handling test refresher – an essential qualification to use the cadet GP rifle; learnt how to construct a basha – a shelter using a groundsheet and pole and discovered the joys of ORP – the 24-hour ration packs which sustain soldiers in the field.

After putting their new skills of shelter building and food preparation to the test – to varying degrees of success and satisfaction, they waited for darkness to fall to practise patrolling at night. This obviously took some time on midsummer’s eve! The cadets were very engaged with the challenges of moving silently at night while gathering intelligence in areas occupied by hostile forces, taking to the task with determination and stealth.

The 6am reveille on Friday morning was taken in their stride and despite some bleary eyes they packed away their bashas and provided themselves with a hot breakfast – courtesy of the ORP. The cadets left the area spotless and remained switched on and onside despite the earliness of the hour. They were transferred to the Vale Pond by coach and made their way on foot, carrying their large bergan rucksacks to the rifle range at Fort Le Marchant  – once more avoiding any sense of humour failures. There followed a rotation of activities to practise navigation skills, assess the 1st aid required for their army proficiency certificate and, probably the highlight for most, a blank firing exercise which pitted the army against the RAF. Given they did not have access to air power and were outnumbered three to one, it is perhaps unfair to point out the RAF lost each fire fight – not least because they were instructed to do so for the sake of training. The cadets expended some 2500 rounds of blank ammunition and gained some insight into how noisy, confusing and tiring a section attack can be.

A well-deserved lunch followed, albeit cold offerings from their ORP, before they adopted a Womble role to collect as many empty cases as possible from the training area. The bright sun helped the shiny brass cases show up and kept spirits high. After an active morning, made all the more tiring by the night under plastic and an early wake-up call, the cadets seemed almost pleased (or at least relieved) by the chance to clean the rifles to Mr Wilen’s high standards until dismissal at 4pm.

The staff would like to thank those senior cadets who volunteered to join the training. Their experience, effectiveness and value as role models to the younger cadets cannot be over-estimated. The Year 10 deserve just as much praise as they met all challenges with a positive mental attitude and kept going when they would probably have preferred to rest a while. The exercise will provide invaluable experience as they embark upon a week’s annual camp next Saturday. We can only hope Dartmoor and Lossiemouth deliver the unbroken sunshine of L’Ancresse. 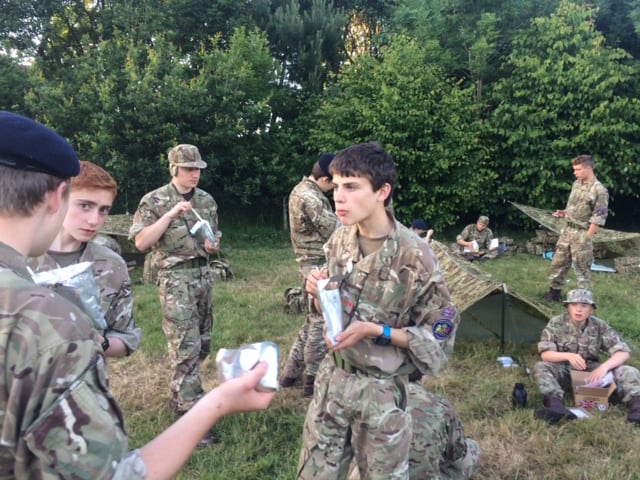 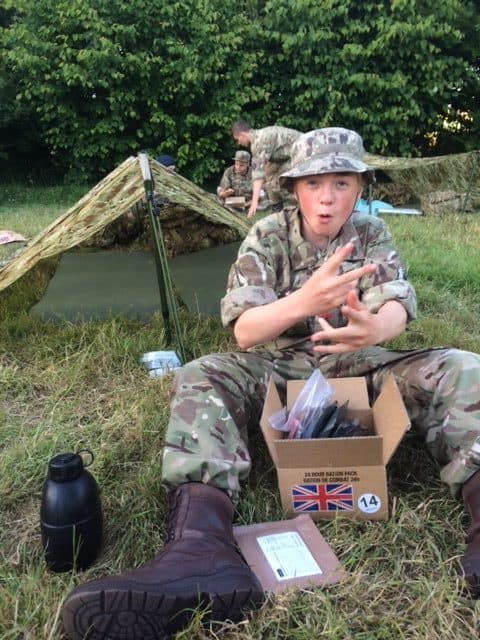 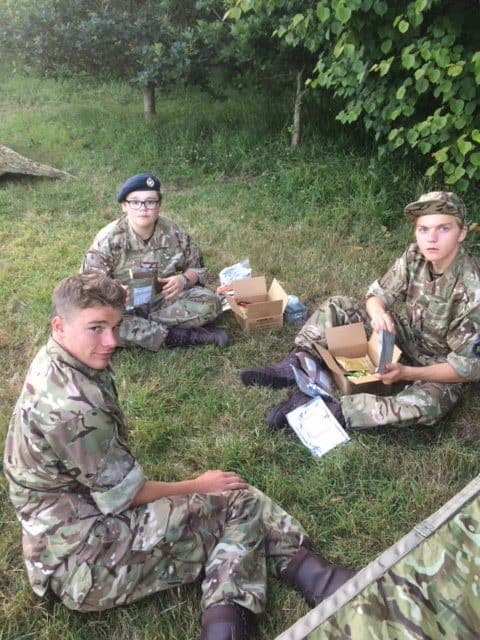 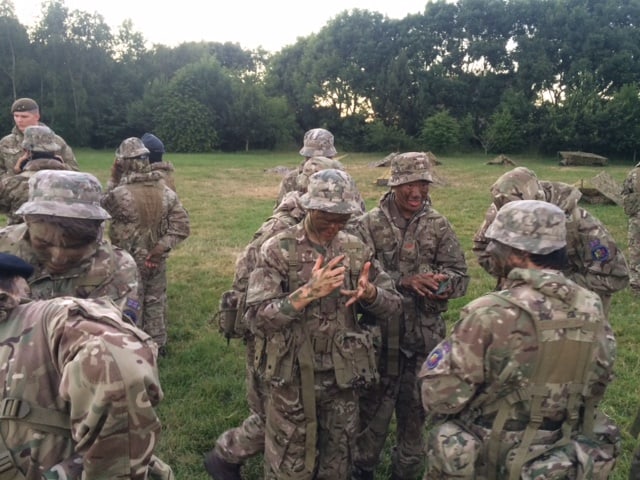 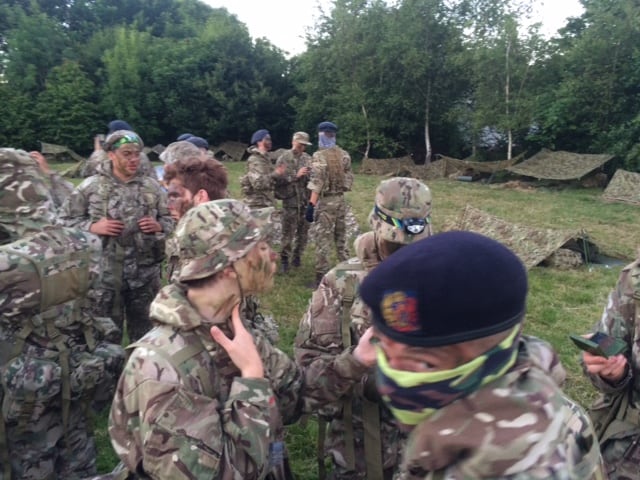 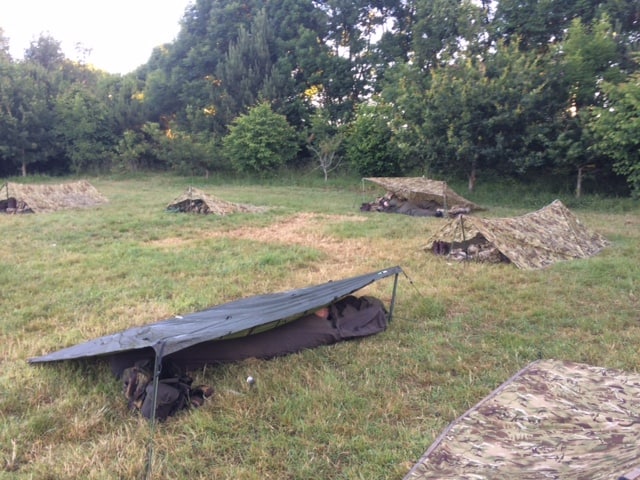 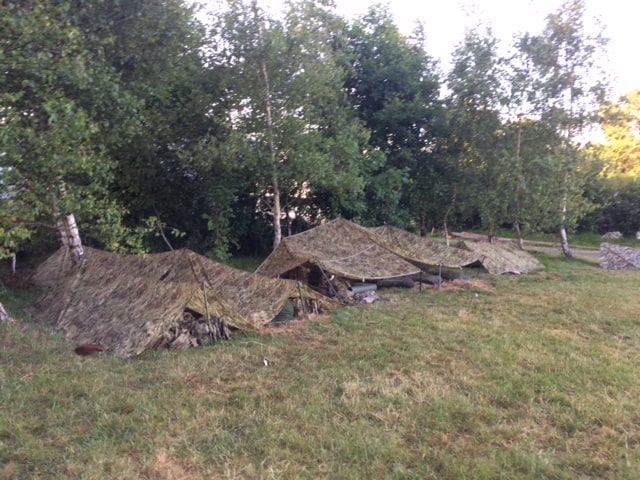 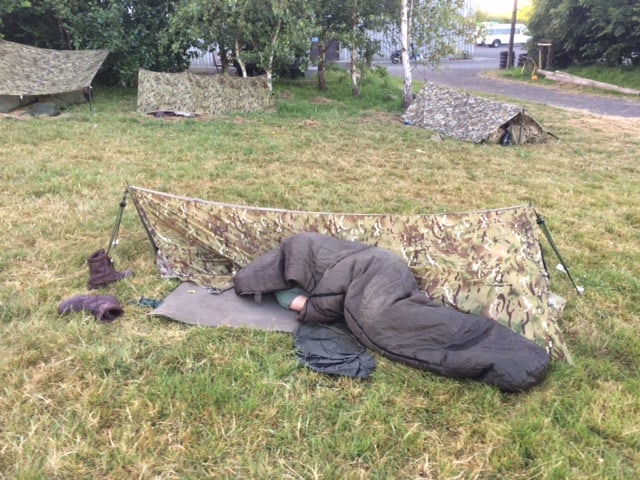 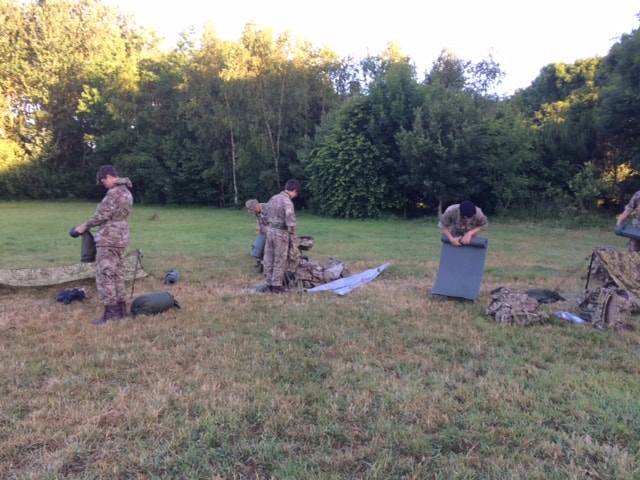 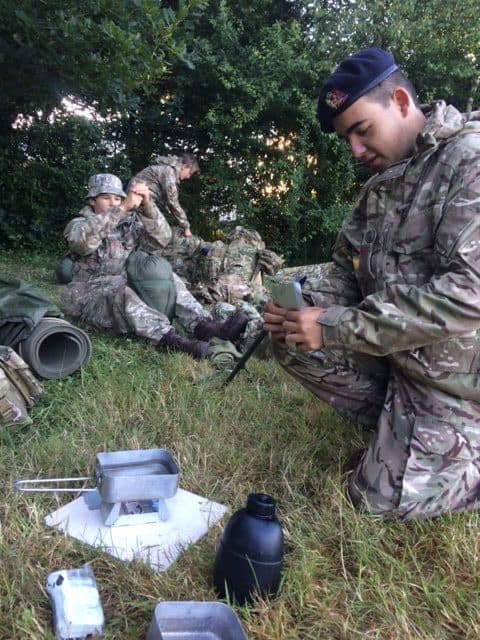 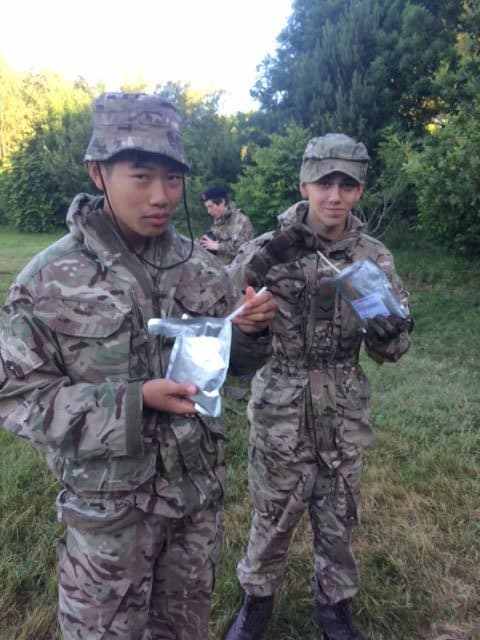 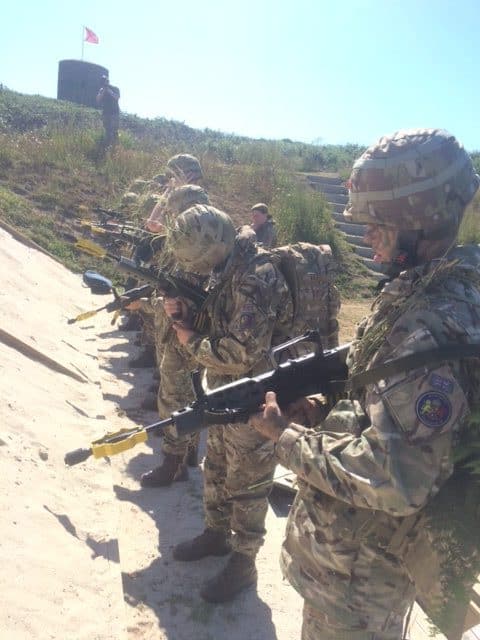