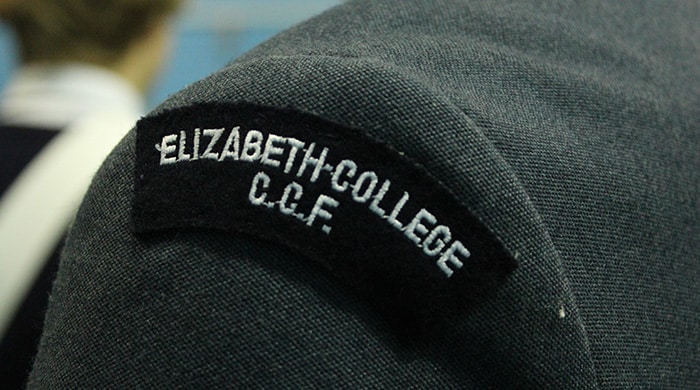 Friday’s annual CCF Drill Competition saw a record six teams compete for the trophy. As competition is notoriously fierce the Royal Navy section went so far as to enlist outside help in the form of the island Parade Commander to train them!

Captain Rick Le page, who judged the competition, was impressed by the overall standard across all three sections. Very few marks separated the teams who were judged on: March On, Static Drill, Saluting, Marching, and a Uniform Inspection.

Unusually at the end of the competition, two teams were tied, so the RN and Senior Army team had a second March off. Both teams upped their game and improved on their first scores – unable to separate the two, a tie was declared and the two teams shared the trophy.

Well done to everyone involved in a brilliant afternoon of competition.