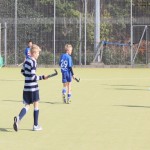 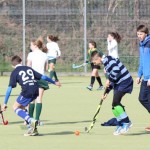 Last Saturday, was the 2015 edition of the Beechwood Hockey Festival. Twelve teams, including three from Beechwood, pitted their skills against each other. Five teams would contest the ‘Trophy’ Festival and seven the ‘Medal’ Festival. Matches were 8 minutes long and the ‘Round Robin’ format meant the final points would be close.

Apart from one goalless draw, the ‘Bucanneers’ matches were decided by a single goal in the other seven encounters. They had the best possible start, with victories in their two opening matches. This gave them the maximum 10 points going into their third game. Back to back defeats (1-0) to both Cheltenham College Preparatory School (CCPS) teams, ‘Sky’ and ‘Royals’, halted their progress, but they were still joint second at the halfway stage. A third successive defeat, this time to The Ladies’ College (LC) ’Chargers’, could have ended their hopes, but to their credit they kept pushing forward, looking for victories. Two wins and a draw in their final three matches left them with some hope of finishing at least second. Ultimately, they would end up falling just short, losing out on second, by one goal on goal difference and third on number of goals scored! It was a great morning of Hockey and the ‘Buccaneers’ can be proud of their efforts in one of the most competitive ‘Trophy’ Festivals for a number of years.

The ‘Blues’ would have to wait until their final encounter to pick up the victory their efforts deserved. They started with a 1-0 defeat to the other Beechwood team, the ‘Blackhawks’. The top two sides, CCPS ‘Navvies’ and Guernsey Hockey Club (GHC) secured 2-0 wins against the ‘Blues’. Four points were collected in matches with LC ‘Coyotes’ and CCPS ‘Turks’, with 0-0 draws. The final match was against St George’s ‘Dragons’. A single goal would decide this encounter. Fortunately, the result was on the correct side for the ‘Blues’ and the 1-0 win helped them off the bottom of the table and a 6th place finish.

A 1-0 win over the ‘Blues’, was the best possible start for the ‘Blackhawk’s. A further 5 points were collected when they defeated the CCPS ‘Navvies’, 10 points out of 10. The result against the ‘Navvies’ was all the more impressive given they went on to win the Festival. This would end up being the highlight for the team, as two goalless draws and defeats to the ‘Coyotes’ and GHC ‘Leopards’ would end up costing the team any chance of claiming a medal. When the final points were added, the ‘Blackhawks’ had finished in a credible 3rd position, just above the ‘Coyotes’ and ‘Turks’.

It was a fantastic event, definitely one of the highlights of the sporting calendar. Well done to all the children that took part, the Hockey has really improved since club started back in September. It was great to see so many of the parents watching. Thank your for all your support on the day and for those who very kindly offered to host children from Cheltenham. Without your support, we are unable to hold events like this. The lunch was delicious! Thank you to the mums who helped feed all the children and staff (and extras!) throughout the morning. Finally, thank you to Mr Stokes, Alex Bushell and Beany for their support during after school and lunchtime hockey.