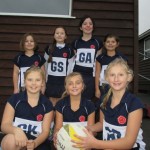 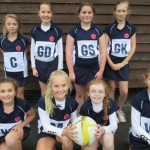 Beechwood girls continue to develop their netball game and get stronger and stronger.

This was clearly demonstrated in their netball matches versus Castel, particularly by the more experienced ‘A’ Team.

Both the Beechwood and Castel ‘A’ Teams appeared to be evenly matched to begin, with a mixture of strong passing and defending on both sides. Once Castel equalised, we became hungrier for the ball. We made the odd mistake but used these experiences positively to improve our game as the half progressed.

Before we knew it, we were 3-1 up in this half. However, this made Castel more hungry and they worked just as hard to settle the score 3-3 by half-time.

In the second half, Beechwood put up a big fight and came into a league of their own. With a combination of great defence by Sophie Henton and Amelia Shaw, some super connections between Courtney Pipe, Emily Griggs and Poppy Preston, whom fed the ball with ease into the ‘D’. Abigail Roger, Katrina Guilbert and Poppy were given many opportunities to shoot and score.

There were no complaints from the Coach with a result of winning 6-4!

The ‘B’ Team were not as well matched against their opponents but that did not deter them from putting up a good fight!

At half-time, Castel were winning 3-0 and we will call this the ‘warm-up’ period. Castel had played with greater drive and aggression.

By full-time, the score had not changed which demonstrated our development in defence. Our passing and movement became stronger and technically we became better than the opposition.

Well done to all the the girls who represented Beechwood!