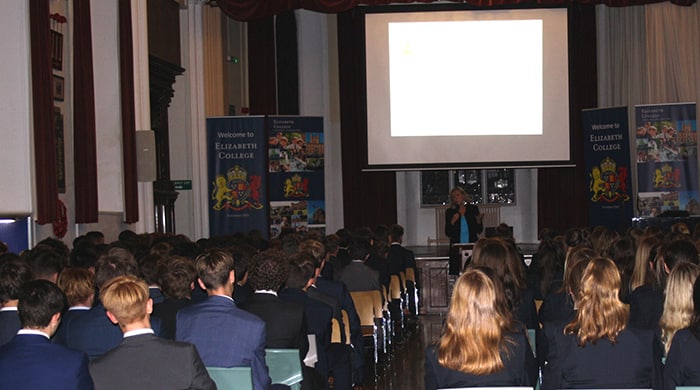 Earlier this week Peggy Callahan visited College to talk to students about eliminating slavery in the modern world ahead of UK Anti-Slavery Day, which is today, 18th October 2018.

Peggy spoke with Year 8 students and later to the sixth forms of Elizabeth College and The Ladies’ College in the first Principal’s Lecture for the new academic year.

Peggy co-founded two international anti-slavery organisations – Free the Slaves (the US sister organisation of Anti-Slavery International) and more recently Voices4Freedom which runs the Schools4Freedom project. Collectively these organisations work in 600 communities around the world. Most of her anti-slavery work today centres on 24 transitional schools in India that have helped free entire villages from slavery in just three years.