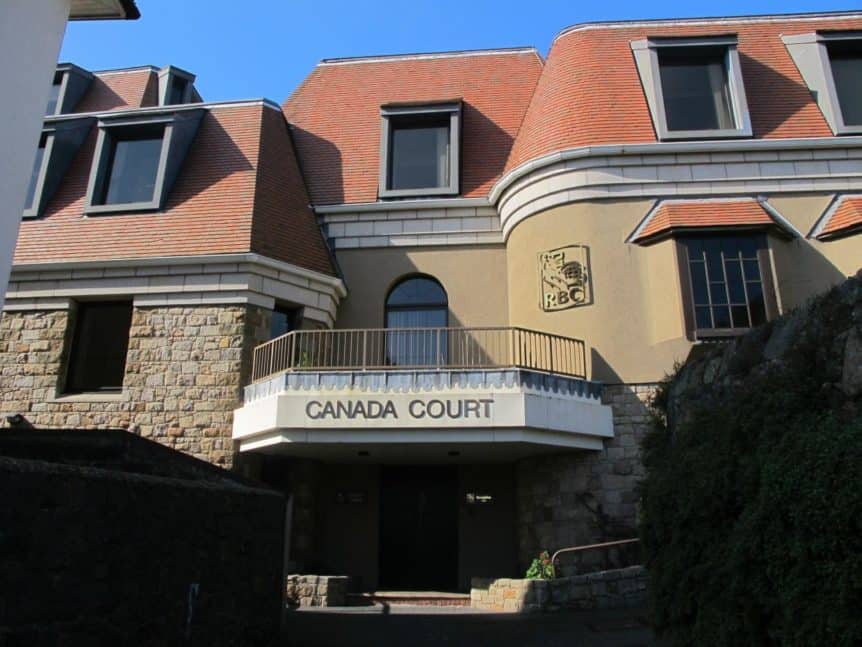 Elizabeth College is delighted to have been able to purchase the building currently known as Canada Court from the Royal Bank of Canada (RBC). The purchase completed in early January but the bank will continue to occupy the building until July 2020 pending its move to Admiral Park.

The main Elizabeth College building was designed to accommodate a maximum of 150 students almost 200 years ago, with other buildings on site even older. Modern teaching methods and the increased emphasis on individual and independent study, combined with a wider and more sophisticated curriculum, mean that there is continual pressure for more and better facilities for our 500 plus students at the Upper School, and the purchase of this additional building is the chance of a lifetime which enables this to happen.

Plans have been developed to expand and enhance the College’s facilities in almost all curriculum areas and include both a phased occupation of the new building and redevelopment and refurbishment of existing facilities to create the best possible experience for our students now and in the future. The new facilities will include enhanced library and study amenities and an enlarged Sixth Form Centre as well as additional classroom space. Conversion work will start in the summer once the building has been vacated by RBC.

The Elizabeth College Foundation has raised the funds to purchase the building by the ‘Chance of a Lifetime’ Appeal which has been running since early last year. Old Elizabethans, parents, former parents, staff and many other members of the wider Elizabeth College community have been incredibly generous with their support to the Appeal, which has now raised over £2.2m.

Elizabeth College has also benefitted from an exceptionally generous legacy from Old Elizabethan Roger Perrot (5450). His legacy, combined with donations to the Appeal have allowed the College to proceed with the purchase of Canada Court. Roger contributed to the College in many ways during his life-long association and the College will be paying tribute to him by naming the new building Perrot Court.

The success of the Chance of a Lifetime Appeal, combined with the generosity of Roger’s legacy, has also enabled the College to move forward on plans to establish a Foundation Bursary Scheme, something very close to Roger’s heart and which is also strongly supported by many other donors to the Appeal. The means-tested Foundation Bursary Scheme is intended to enable pupils from all walks of life in Guernsey who demonstrate the appropriate character and commitment to continue to be able to attend Elizabeth College and will ensure that the College can maintain its diversity of intake, which has long been a feature of an Elizabeth College education. Details of the scheme will be available later this academic year.

Elizabeth College Principal, Jenny Palmer, said: ‘The next few years at Elizabeth College will be immensely exciting times with the transition to co-education at the Upper School beginning in 2021, expansion into Perrot Court and the introduction of a Foundation Bursary Scheme. These developments will ensure we have the best possible facilities for a wide-ranging 21st Century education and that our superb educational offering; academic success, outstanding extra-curricular activities and excellent pastoral care, will be available to as broad a spectrum of students as possible.’