As Guernsey’s new Lieutenant Governor Vice Admiral Ian Corder was sworn in, Elizabeth College pupils from Year 7 to Year 13 played their part in the historic day. Lower school students lined the railings to watch the arrival of the parade which included the College Cadet Force led by Contingent Cdr Tim Slann. Year 13 student Jonty Inderwick also had a special role, laying a wreath as part of his duties as a Governor Cadet. To read the Guernsey Press article, please click here

The afternoon saw a different kind of lesson as students joined The Band of The Queen’s Division for a lesson in marching and music! 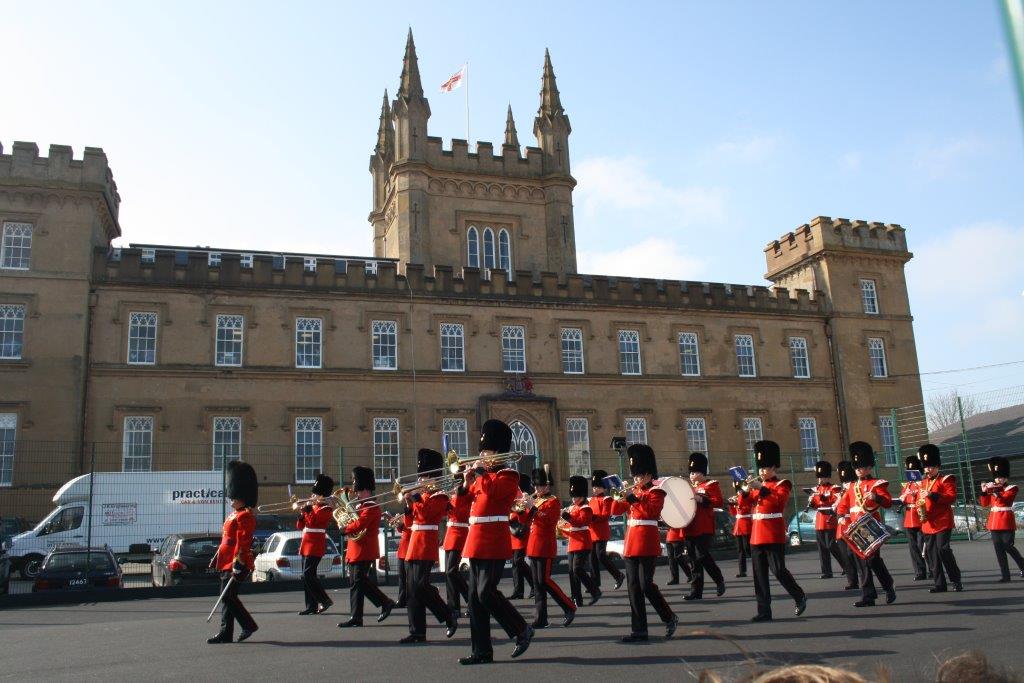 Year 8 students soon discovered that marching and playing an instrument simultaneously is much harder than the band made it look! 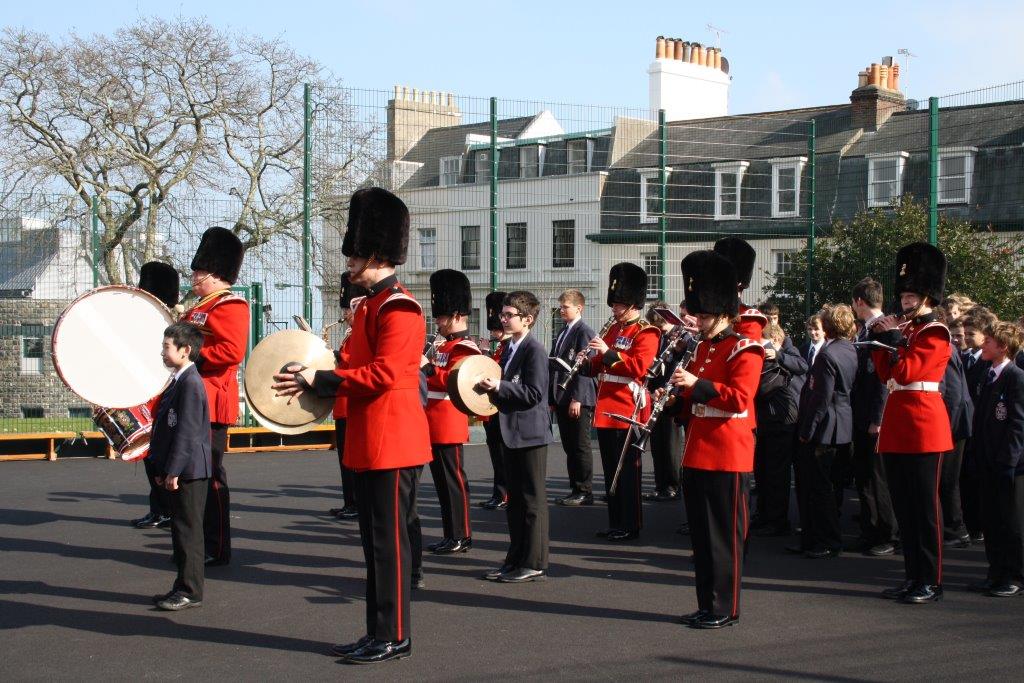