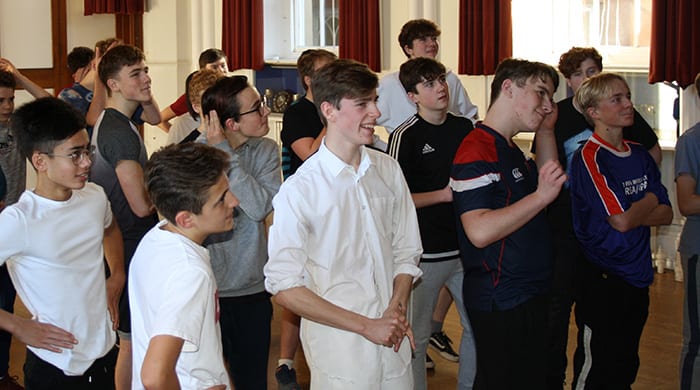 The Elizabeth College Drama Department was lucky enough to have an opportunity to work with internationally renowned theatre company ‘Frantic Assembly’, from London.

They visited Guernsey to deliver a specific 3-hour physical theatre workshop for 24 Elizabeth College students, where they learned a variety of techniques and left with a bank of skills to use in their own devising work.

The students took part in a series of exercises designed to encourage teamwork, trust and strength building. One exercise explored was ‘The Quad’, where students had to stand rows and jump in counts of eight, six, four, two and one. This original routine sounded simple however it relied on each individual keeping in time with the rhythm and the count. The exercise then became increasingly more difficult as extra ‘layers’ were added, such as claps and arms raises. The exercise taught the students how important is to carry on even if you get something wrong, otherwise there is a knock on effect which disrupts the whole quad. A key message from the workshop was that the only way an audience actually knows that something has gone wrong is if you stop and show that you have messed up; drama is all about, “carrying on even if you fail: go strong if you go wrong!”

“It was an exhausting yet thoroughly rewarding exploration of movement and strength which showed how important adaptability, consistency and layers are to any performance. I am thrilled our students got to have this opportunity.” 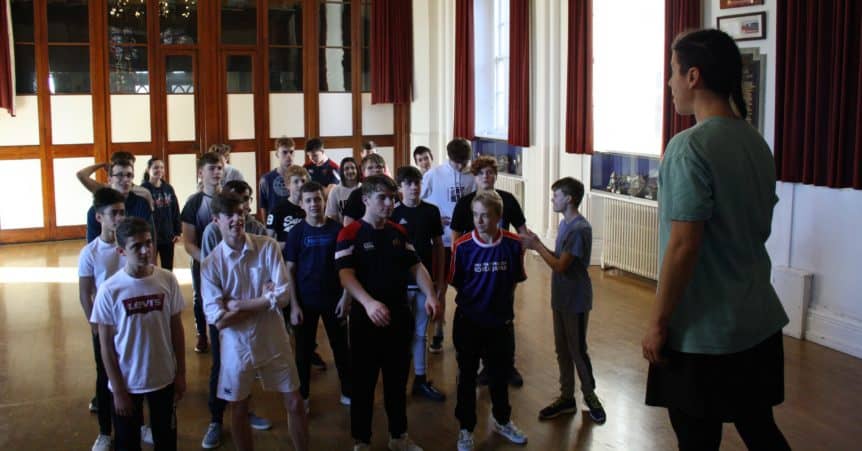 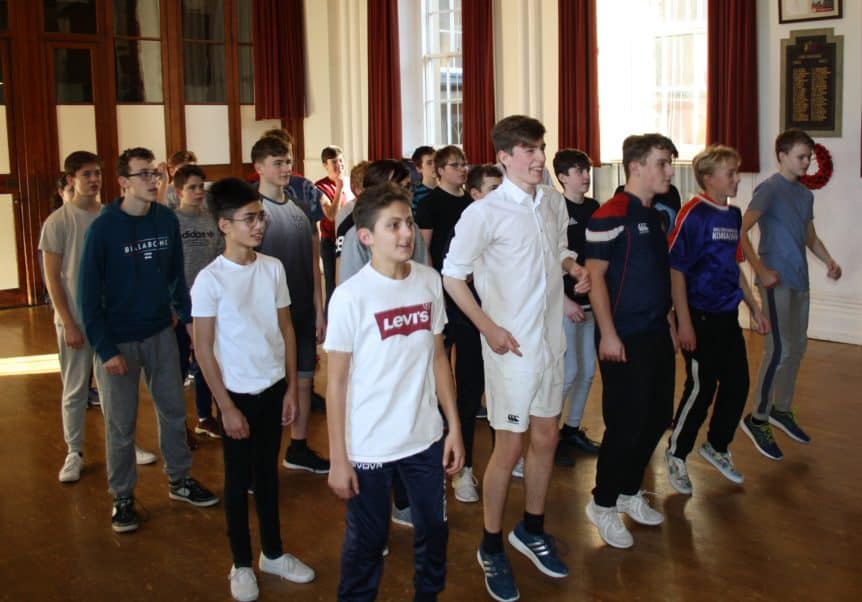 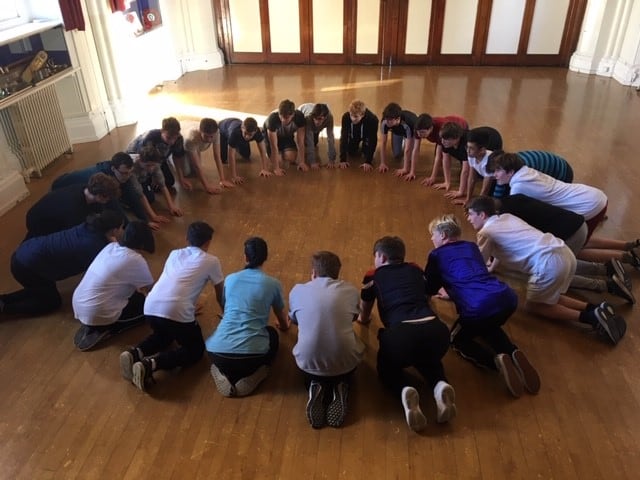 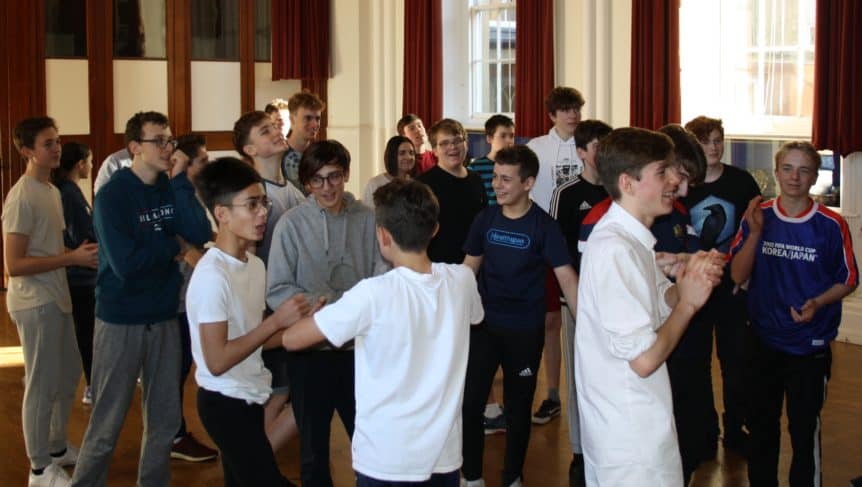 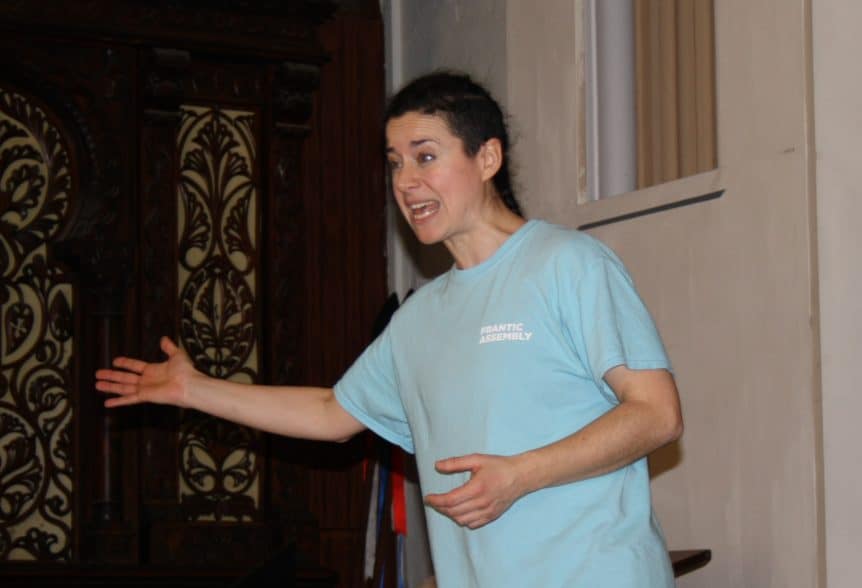