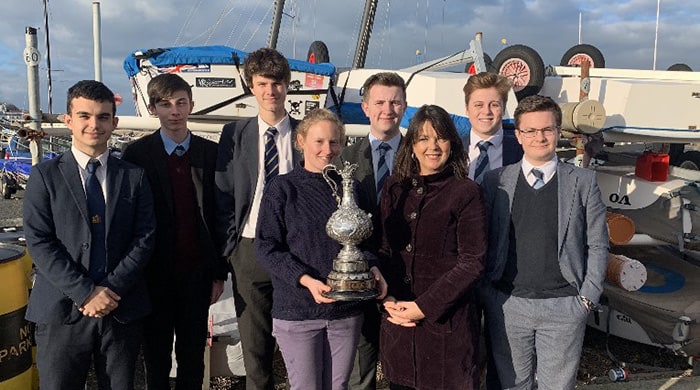 The Leak Trophy was re-launched in January 2019 and will be awarded to schools/ youth organisations who have demonstrated a commitment to getting young people active on the water.

Thank you to Alun Williams, Guernsey’s Lifelong Learning Manager for inviting the Elizabeth College Sailing Team to the re-launch yesterday. Elizabeth College has a long tradition of competing for the Leak Trophy, which was originally competed for by teams of four boys under 14 years of age, and features a number of times in the Elizabethan.

Our Sailing Team is pictured with Sarah Creasey; over 100 years ago Sarah’s great grandfather, as President of The Guernsey Amateur Swimming Association, officiated in the galas where the trophy was competed for.