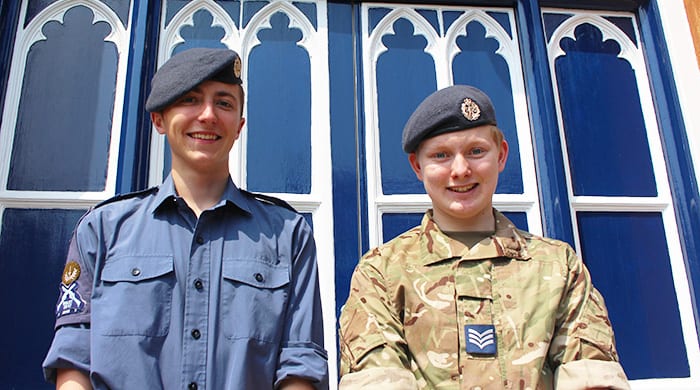 Congratulations to Year 12 students Jacob Goss and Jonathan Charmley who have been selected to be Lieutenant-Governor’s Cadets for 2018-19.

Each year four or five young people from Guernsey’s uniformed youth organisations are selected to serve as Lieutenant-Governor’s Cadets. They play a special role in supporting The Queen’s Representative at official and public functions throughout the year.