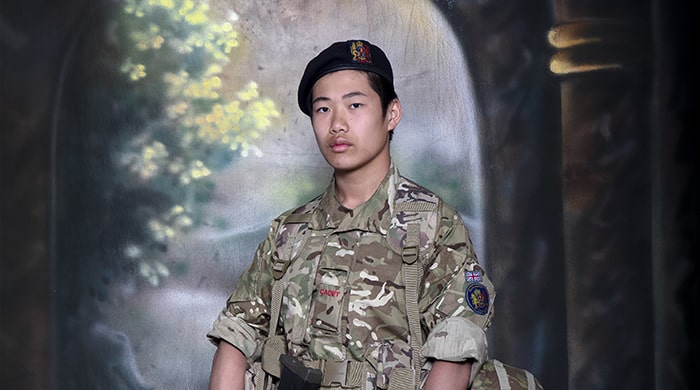 All members of the College Combined Cadet Force (CCF), including staff, were photographed as part of the project, which also includes a number of other Cadet and Service Groups across the island. It is a very moving body of work that marks the centenary of WW1 by making a record of young people who are currently giving service within a military context. The College CCF was founded in 1909, and many of the young men who took part in those early days, went to The Great War.

“Aaron photographed the Elizabeth College CCF to commemorate the centenary of the First World War and the 112 Old Elizabethans lost as a result of the conflict. Our CCF, and cadet organisations throughout Guernsey, uphold the values of leadership, integrity and courage, and offer young people a positive environment where they can develop these attributes as well as remember the lives and sacrifice of generations before them.”

To read Aaron’s statement on his exhibition please click here.