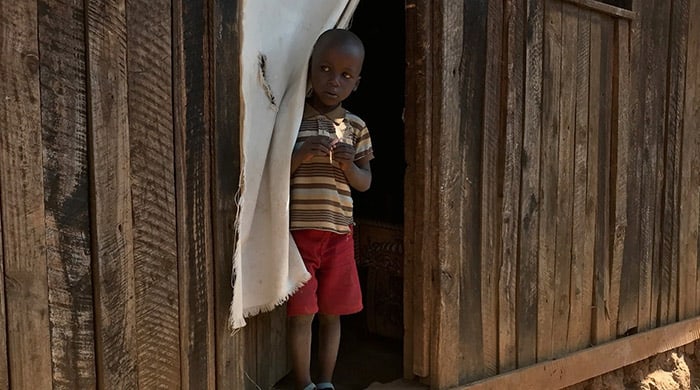 Having arrived early Wednesday afternoon, tiredness was rife amongst the campers-to-be.

This considered, an afternoon’s rest was very welcome following a 5am start on the Tuesday, a 2 hour delay at Guernsey Airport, an 8 hour flight to Nairobi (and a 4am arrival local time), all preceding a 5 hour coach journey to camp in unfamiliar 30°C heat.

With tents set up and (mostly) a good first night’s sleep, we set off the ‘matatu’ (minibus to those of us not familiar with Swahili), for a local wood-stock. Over 3 hours, in the scorching heat, we managed to transfer enough wood into a truck to last the Turi Children’s Project (TCP) an entire year.

This, however, was not the sum of the day’s labour; the truck wasn’t going to empty itself. It fell to us, therefore, to empty the morning’s load and stack into the TCP barn.

Arguably the most physically demanding day out the way, the camp was buoyed and ready for the week’s main project; the climbing frame or Mrs Norman’s playzone, as it is now enshrined.

The more useful amongst us (a group in which I do not include myself), begun by fixing together the main frame of the construction, kindly designed for us by Samuel the architect. Astronomical at first, after a hard day’s work the job seemed much more manageable.

With the fun of the building and the general camaraderie of the group, there was also some scope for serious time to reflect. This opportunity was presented though the home visits; an experience by which the campers were both horrified and humbled. Tragic stories ranged from HIV positive single-mother’s of 5, to children perishing in fires in their homes. Rather than a dampener this served as positive motivation, a reminder of why we were working.