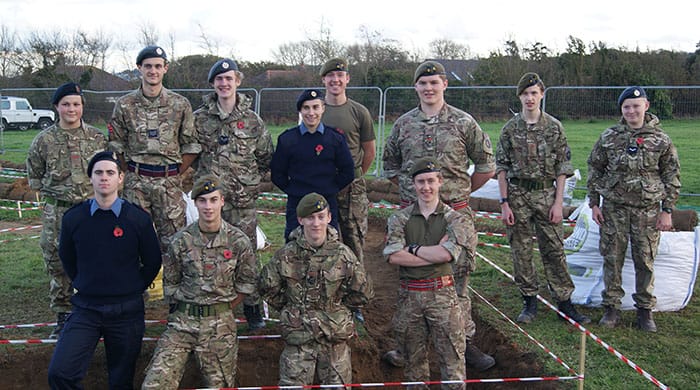 In the week leading up to 11th November, a segment of Home Field will be cordoned off from regular use and turned over to some of the island’s secondary school students. Working in shifts over the week, students will work to build a memorial to mark the centenary of the Royal Guernsey Light Infantry’s (RGLI) involvement in the Great War.

Through research conducted by members of the island schools’ History departments, and contributed to by Russell Doherty at the Guernsey Military History Company, a plan for a re-creation of a First World War trench has been devised. Archive support at the Priaulx Library and Paul Bourgaize at Festung Guernsey assisted with the research so that this is replica of a trench dug by the RGLI in Ypres, Belgium.

A safe and realistic experience will be had by students from across the island as a 16-meter trench system is manually excavated over five days. This will be due to direction and support from structural engineer Andrew Madden at Dorey, Lyle and Ashman, plus the help of Wedd Osmond and the team at Geomarine Guernsey along with support of RG Falla, and by approval of the States of Guernsey. 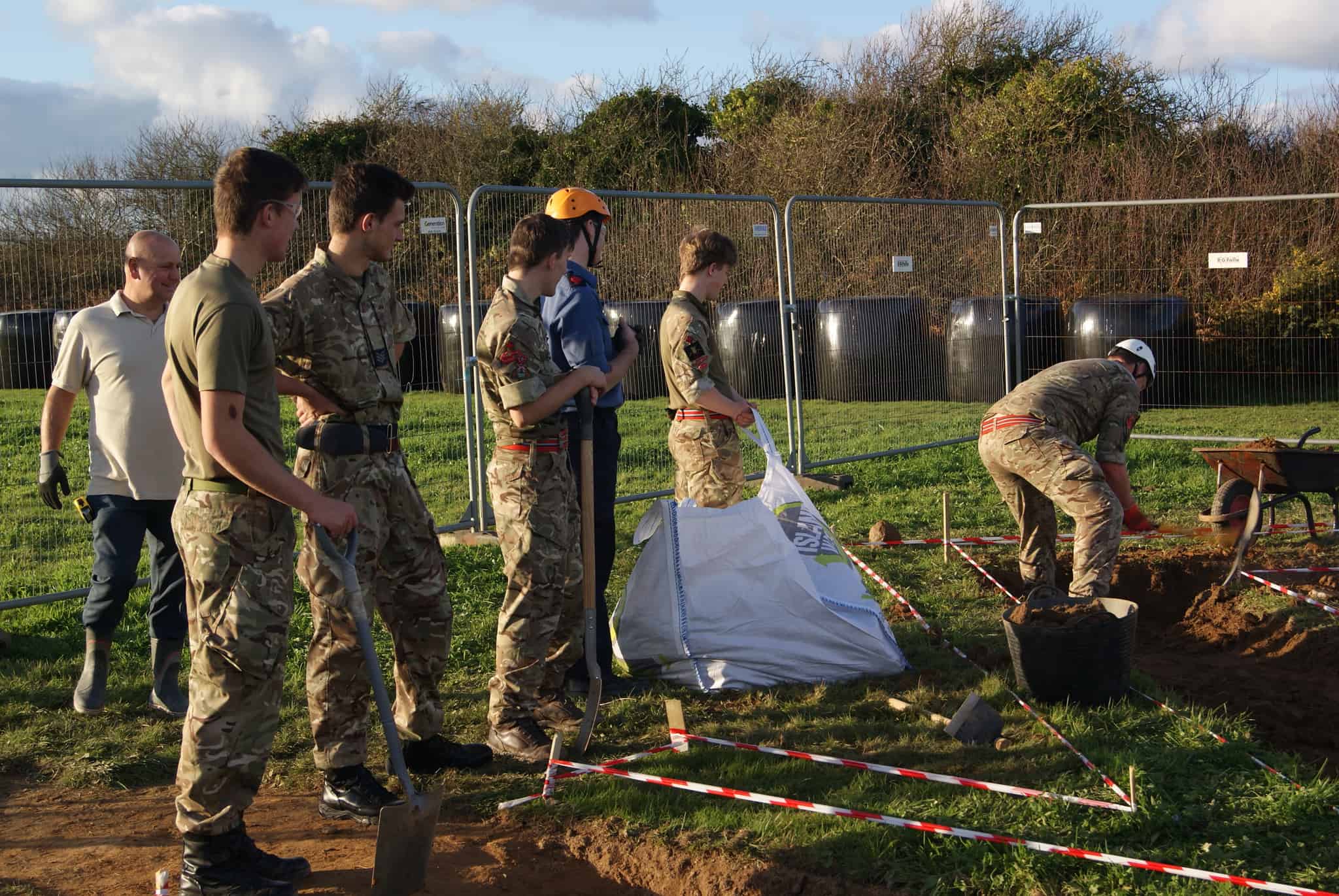 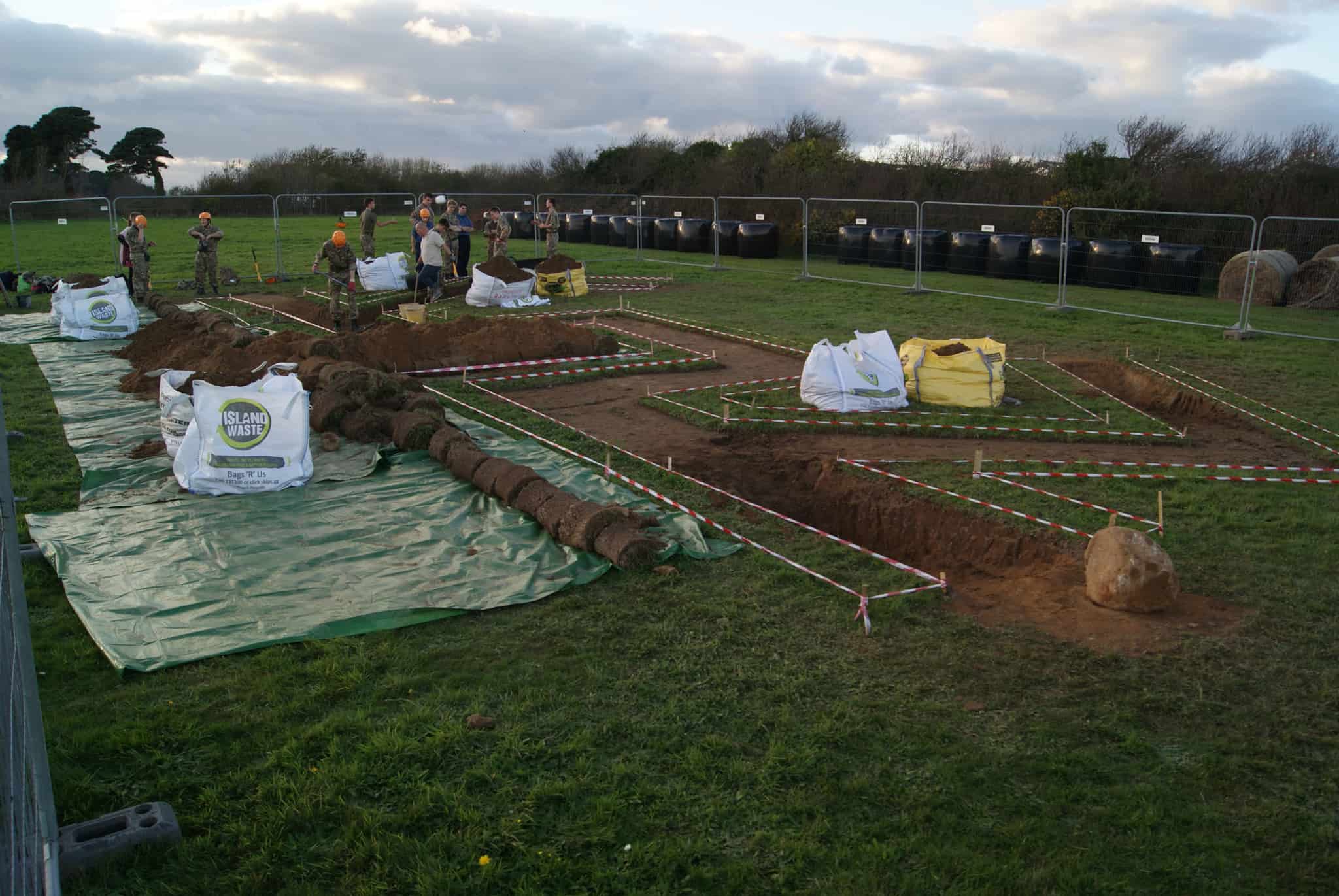 Students from The Ladies College, Elizabeth College’s CCF force, St Sampson’s High School, Le Mare De Carteret High School, The Grammar School and Blanchelande College will work in shifts using period extraction techniques and tools to help create a temporary memorial in the field across from Saumarez Park. The experience should help to sense of the difficulty of the tasks facing the men of the RGLI one hundred years ago.

The memorial trench will stay in place for a week after 11th November, to be used for education purposes before being backfilled with the site restored to its original condition over the following weekend.

The dig is being filmed by Channel TV to be broadcast at the end of the week as part of a piece on the Islands’s activities for Remembrance Day.