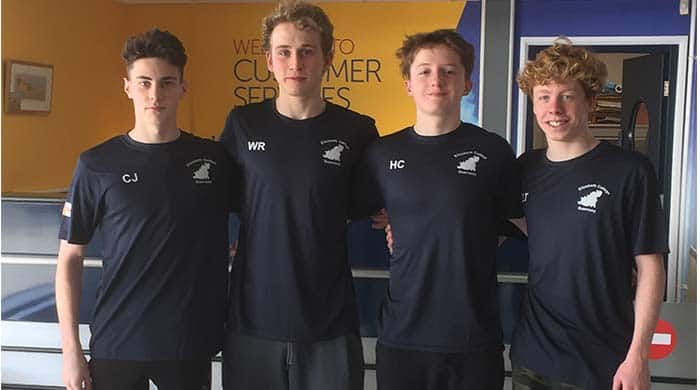 In March, four Elizabeth College swimmers travelled to the London Aquatics Centre, the home of the 2012 Olympic games, to compete in the Bath Cup.

The Bath Cup is a ‘freestyle’ relay event that was inaugurated in 1910. The event has been held every year since except during the war years. Only HMC schools are eligible to enter the competition where a team of four boys each swim 100m to try to win one of the most prestigious cups in schools’ swimming. 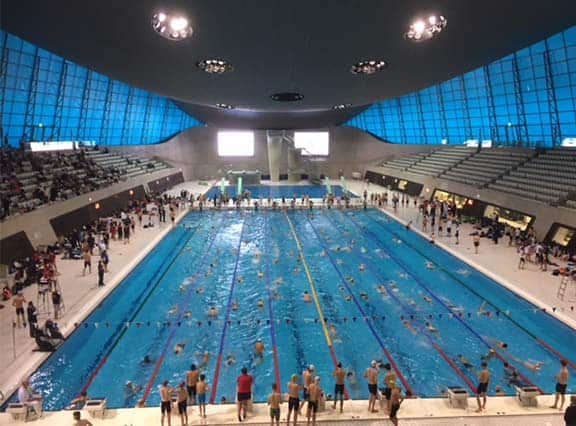 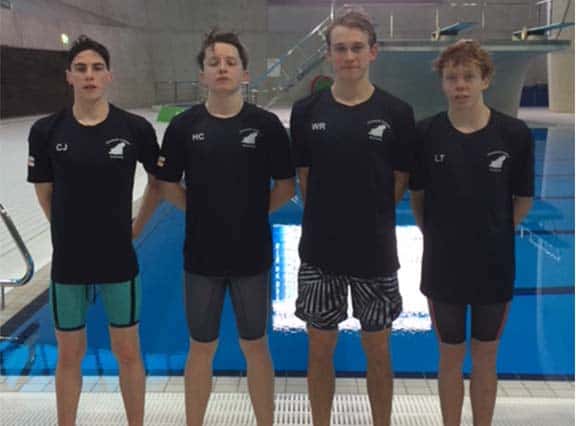 This year’s trip to The Bath Cup competition started on Thursday 8th March at St Paul’s School in Hammersmith where the team of Will Russell, Henry Cliff, Louis Tostevin and CJ Hallett competed in the Otter Challenge Match Cup, which is seen as a ‘warm-up’ to the Bath Cup.

On the Friday 9th March there were 84 teams competing for the prestigious Bath Cup. The team swam three seconds faster than two years ago and finished 6th.  If Elizabeth College had fewer pupils, and had competed in the small schools category, we would have placed 2nd  and been beaten by a very small margin.

Following the ‘freestyle’ the boys were back in action for the Otter Cup – a 4 x 50m medley relay. The race offered Elizabeth College’s best chance for a place on the podium and the team swam exceptionally for  5th place out of the 76 teams.  On the last leg, Louis missed out on 4th by a finger tip (0.3 sec).

Mr Aplin, Head of Swimming at Elizabeth College, who attended the event with the boys said: “The team did themselves and the school proud, doing especially well in placing 5th in the Otter Cup. The Bath Cup is a super event for our top swimmers. Well done boys!”