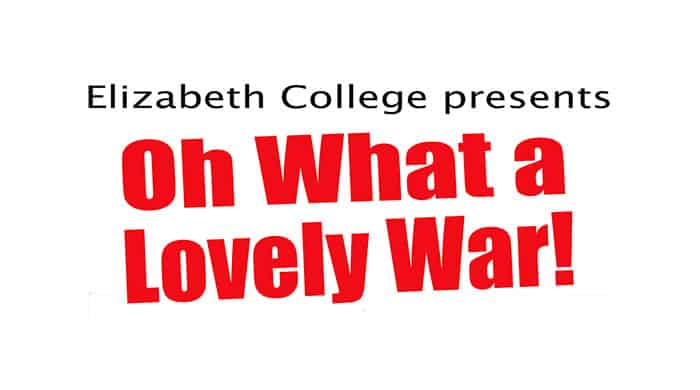 Elizabeth College’s latest production is Oh What a Lovely War! An epic musical and satire on the First World War – and war in general – its title comes from the music hall of song of the same name, which is one of the major numbers in the production. It was originally developed by Joan Littlewood’s Theatre Workshop in 1963.

The production features as cast of 24 actors from Year 9 up and includes students from Ladies College. The stage features an orchestra pit surrounded by sand bags. To read the full article that appeared in the Guernsey Press please click here.