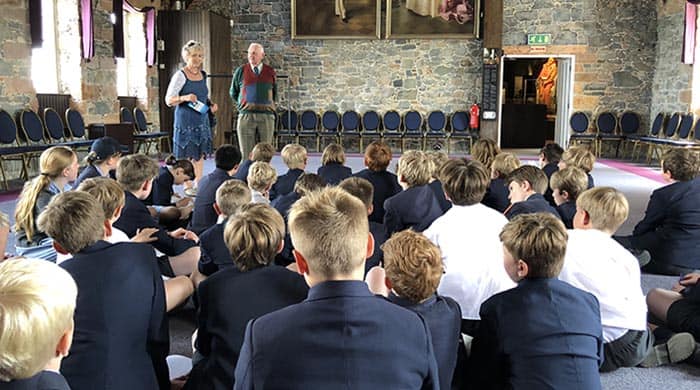 Lots of interesting activities have been organised for Year 6’s World War II topic. The children are relishing immersing themselves in the history of Guernsey during the Occupation.

Recently author Duncan Barrett visited Elizabeth College Junior School as part of the Guernsey Literary Festival. Duncan’s book ‘Hitler’s British Isles’ shares some truly remarkable stories of island life during the Occupation, from people who lived through those times. His talk helped the children to create a picture of what it was really like to live under Nazi rule.

Year 6 have also visited Castle Cornet and met OE Fred Gallienne (4502), who remained on island during the Occupation. He described some of his memories and gave the children a wonderful first-hand account about what life was really like. Shaun Marsh, Keeper of Castle Cornet, then led the children around the Castle, looking at the fortifications the Germans had added.

The talks and tours organised for the World War II history topic have been really wonderful. Thank you to everyone who has helped bring this topic to life. 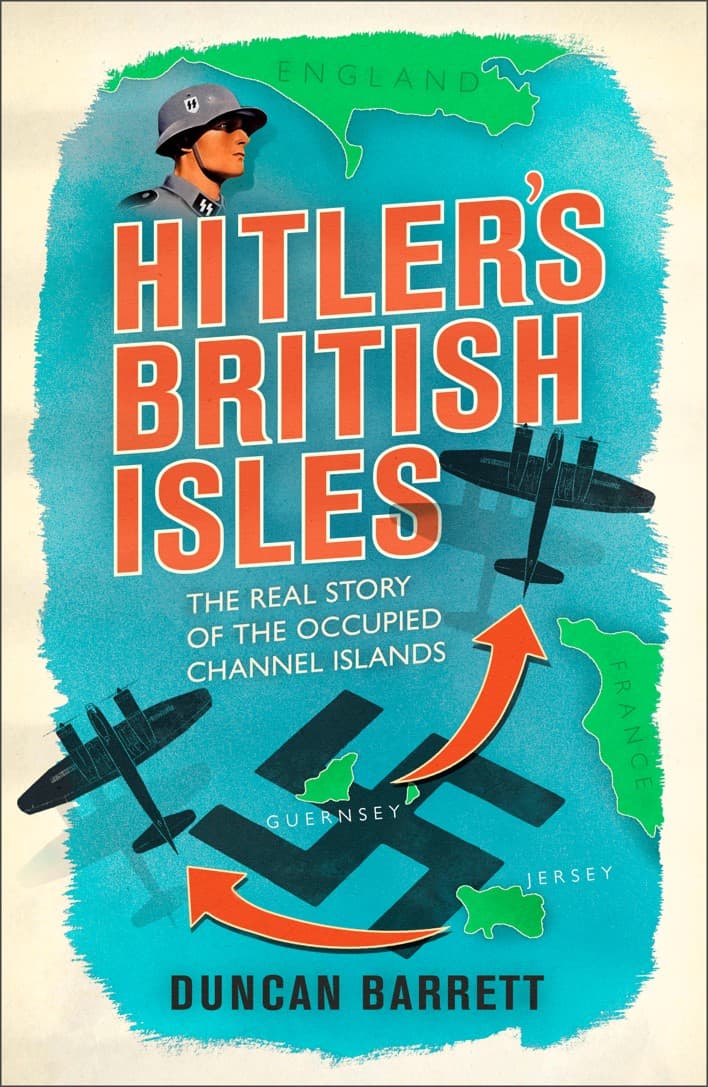 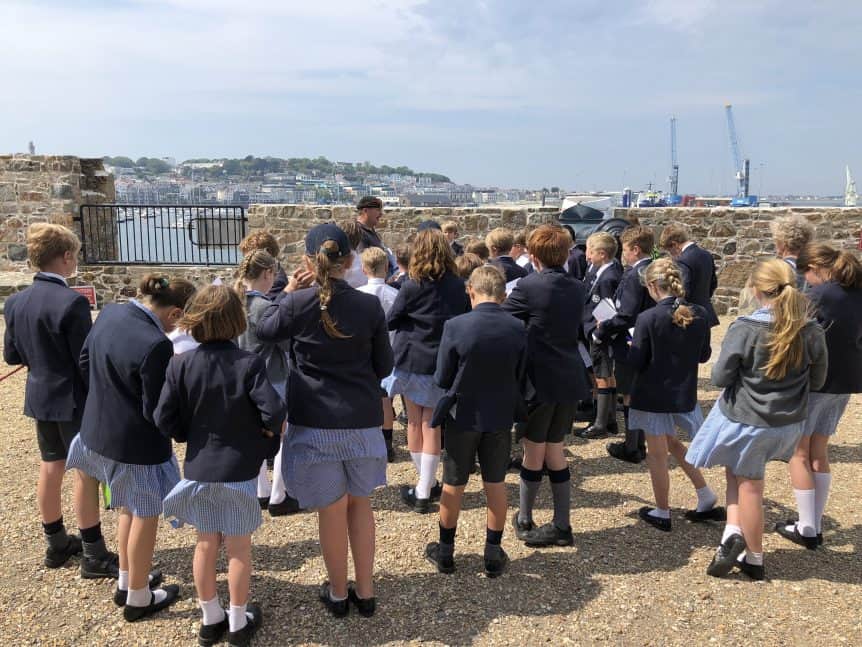